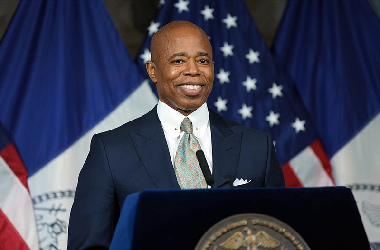 The continuous flow of asylum-seekers from other states to New York has left New York City Mayor Eric Adams (D) with no choice but to request help from the state government.

“We are at our breaking point,” Adams said in a statement. “Based off our projections, we anticipate being unable to continue sheltering arriving asylum seekers on our own and have submitted an emergency mutual aid request to the State of New York beginning this weekend.”

He said he recognized that a mutual aid request is only reserved for “dire emergencies,” but the city has been pushed “to the brink” by the arrival of thousands of migrants.

New York City has received an influx of migrants in recent months, with Adams saying last week alone saw the arrival of more than 3,100 asylum seekers in the city.

The influx comes as Texas Gov. Greg Abbott (R) and Florida Gov. Ron DeSantis (R) have sent migrants by bus and airplane to northern, Democratic-run cities such as New York, Chicago, and Washington, D.C., which limit their cooperation with federal immigration authorities.

But he said the city has averaged more than 400 migrants arriving per day over the past week and saw a record 835 arrive in just one day.

“The absence of sorely needed federal immigration reform should not mean that this humanitarian crisis falls only on the shoulders of cities,” Adams said at the close of the week.

“We need support and aid from our federal and state partners and look forward to working together to meet this crisis head-on.”