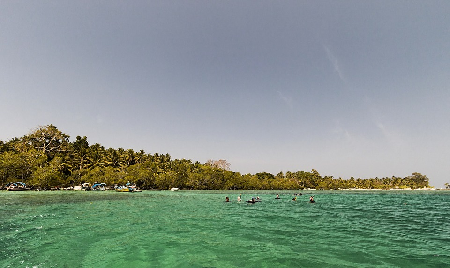 The news of the death of American John Allen Chau by an endangered tribe in India’s Andaman and Nicobar Island should not be allowed to slide under the radar or go unnoticed by political leaders or civil society.

The fact is an innocent life was lost, and the guilty parties should be held accountable whether they live in an “uncivilized” isolated society or not.

According to press reports, 27-year-old Chau had visited the North Sentinel islands on several occasions to share his Christian faith with the tribes.

If that is true, it is all the more reason his death should not be glossed over or viewed as just another unfortunate incident.

Although the circumstances may be different, it makes no sense that nations are all up in arms protesting the death of Saudi journalist Jamal Khashoggi by rogue officers of the Saudi state yet play the three blind mice – see no evil, hear no evil, and speak no evil over the death of Chau.

The fact is globalization and an interconnected world is touted in the corridors of power as something that is beneficial and good for everyone, so excluding indigenous people is a bit disingenuous.

The truth is the aboriginal Andaman tribes as do other indigenous people scattered throughout the world ought to be connected to the outside world rather than be held in seclusion as cultural and exotic exhibits.

After all, the indigenous people around the world could teach people who claimed advanced civil societies a lot while the opposite also holds true.

Let’s not forget that the modernity of life that one now enjoys evolves from a similar stage of development to that of aboriginal people.

Therefore, if modernity is considered an advanced stage of development in the human experience, it begs the question why not afford these indigenous people similar opportunities.

Young Chau might not have died in such bizarre circumstances if the foolish policy by the Indian government of non-interference and exclusion was not enacted in law and extolled to the world as a virtue.

If indigenous people can live in harmony with wildlife, why not with other human beings while maintaining their way of life.

People, regardless of their station in life are members of one family — the human race and barring them from interaction on the pretext of preservation is boulder dash.