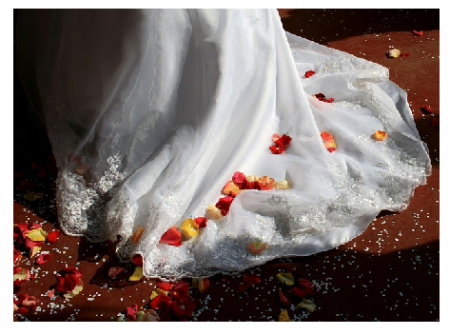 Today, the educational attainment by women in many countries is out pacing that of men by far.

In fact, more and more women continue to enroll and graduate from colleges comparable to men.

Furthermore, women are now playing a leading role not only in the workplace, but also in political, social, religious, as well as other activities.

However, in some countries the education of women lag way behind that of  men. For example, in India, women have a much lower literacy than men and far fewer girls are enrolled in schools. That said, women have made great stride in that country since the British Raj to the formation of the Republic of India in 1947. Today, the number of literate women among the female population has exceeded 50 percent.

In India, now more than ever, women are asserting themselves in decision making. This is evidenced by a report of a woman walking out of a wedding leaving behind hundreds of disgruntled guests, after her bridegroom failed to solve a math problem.

According to bbc.com, the bride asked the groom to add 15 plus six. When he replied 17, she called off the marriage.

The report also said the groom’s family tried to get the bride to change her mind, but she refused, saying the man was illiterate.

Police in the northern state of Uttar Pradesh where the wedding had been organized said the woman’s relatives put the groom to the test after becoming concerned about his level of education.

The local police also mediated between the families, and both sides returned all the gifts given before the wedding.

In another case, a bride in the same locale married a guest at her wedding after her groom-to-be had a seizure and collapsed.

Reports said the groom was epileptic, and he had kept the information from the bride and her family.

For the most part, marriages in India are arranged by the families, and it is common for a bride and groom to get married without spending a lot of time with each other before tying the knot.