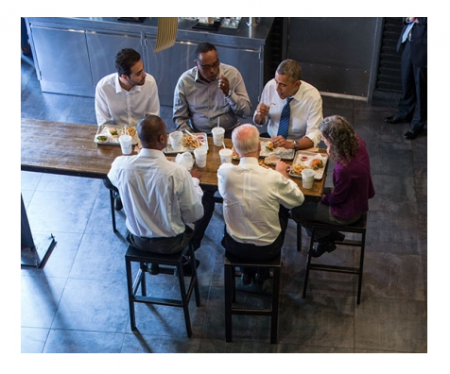 On Friday afternoon, President Obama and Vice President dropped by a local Shake Shack – a chain that has chosen to pay its employees more than 10 dollars an hour – to grab burgers with four workers who just helped complete a local infrastructure project that will help traffic in the D.C. area move faster.

The President and Vice President delivered brief remarks about the need for Congress to “do what it’s supposed to do” and pass transportation funding – a move that would allow hundreds of thousands of jobs and projects that are currently reparing our crumbling roads and bridges to keep doing just that.

“This shouldn’t be Democrat or Republican,” the President said. “This is American. We’ve got to rebuild America. And these are folks who are doing it.”