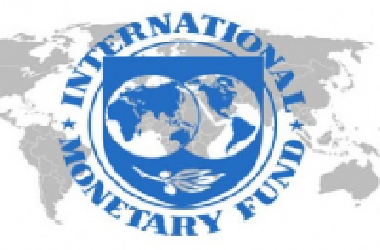 The International Monetary Fund (IMF) raised Latin America’s growth forecast for 2021 to 4.1%, five-tenths of a percentage point higher than predicted in October as the Covid-19 vaccine distribution process accelerates.

According to the information published by the newspaper El Tiempo, Brazil will perform 0.8 percentage points higher than projected with a 3.6% growth this year, and the Mexican economy will expand by 4.3%, 0.8 percentage points more than IMF economists expected in October. The IMF report does not include forecasts for more Latin American countries.

Expectations that vaccination will bring the pandemic under control and the effects of the massive stimulus plans have led the IMF to upgrade its outlook for global economic growth in 2021 to 5.5% (+0.3%) from its October data.

“What we are seeing are very different speeds of recovery. And a much harder hit in developing economies, compared to pre-pandemic levels, than in advanced ones,” explained Gita Gopinath, IMF chief economist, in an interview with Efe.

On the other hand, the IMF report warned of “particular difficulties” for oil-exporting and tourism-based countries “due to the expected slow pace of normalization of international travel and the depressed outlook for oil prices.”

The revival of Mexico’s economy depends largely on the performance of the United States, so the approval of another fiscal stimulus package would help accelerate Mexico’s recovery, said the IMF.

Even so, Mexico’s economy is not expected to recover its pre-pandemic crisis levels until at least 2022, said Gita Gopinath, the Fund’s chief economist, at a press conference.

“There are many different levels of contraction in the region; many factors are at work, including the fiscal support provided. These are very challenging times for Latin America,” she said.

The IMF has made a special appeal for the strengthening of multilateral cooperation, including support for the COVAX vaccination fund so that more countries have access to the vaccine against COVID-19, which has killed at least 2.1 million people worldwide.