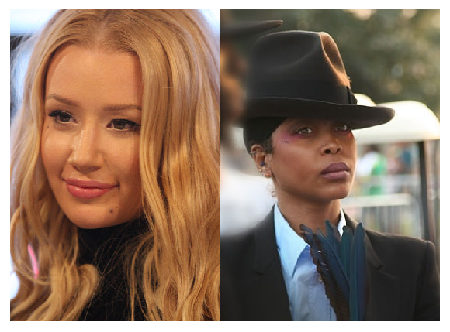 Australian born 25-year-old rapper, songwriter, and model Amethyst Amelia Kelly, better known by her stage name Iggy Azalea has been criticized on a number of occasions for not doing rap music, yet being classified, awarded and accorded accolades in that genre of music.

Her latest critic has been Erykah Badu, the American singer-songwriter, record producer, activist, and actress.

Badu made headlines last week during her stint as the host of the 2015 Soul Train Awards, when she called out the Iggy, the “Fancy” rapper during her opening monologue, insisting the music the artist makes is “definitely not rap.”

However, Iggy Azalea not willing to be sucker punched has responded to Badu’s criticism by saying the argument “exhausting.”

This is not the first time the Australian rap star has had to defend herself from the remarks made by other artists.

She has been recently criticized by both Snoop Dogg and Azealia Banks for not doing rap.

So, after a month-long break from social media, Iggy resort to Twitter to respond to Badu’s bad mouthing.

She wrote, “Hi guys I know its been a while. We are days from 2016, but I came online today and saw its still cool to try and discredit my 2014 accomplishments. LOL, f**king hell. Seems exhausting.”

We are days from 2016, but i came online today and saw its still cool to try and discredit my 2014 accomplishments. LOL, fucking hell.

Seems exhausting. Anyway – Ive been enjoying the holiday season and i hope you all have too.

Iggy went on to update her fans on her plans for her next record, explaining she’s still “trying to restructure some things,” as she continues to live in the U.S., but is signed to Def Jam records in the U.K.

Iggy, who is engaged to American basketball star Nick Young, also revealed in her Twitter missive that she is “heartbroken” after finding out one of her pet horses might have Lyme disease.

“I hope he will get better, but it’s already been 3 months without riding him… I’ll let you guys know if i get any updates, but if not… see you next year! enjoy the rest of 2015.”

Later during the week, Badu took to her Twitter account and said, “…Well that’ll be the LAST time I send an uber for you! I can guaran DAMN tee you THAT.”