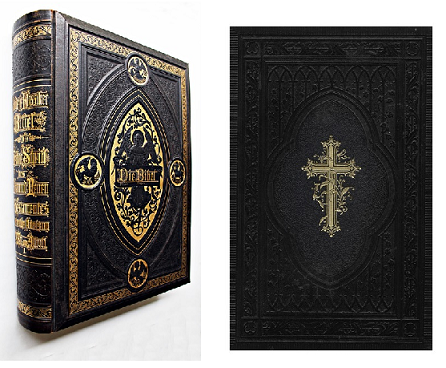 In answering the question, how we got the bible, renown philosopher and theologian Kenneth Richard Samples provides some insights in a blog on the website reasons.org.

He noted that earlier this year scholars announced the discovery of what might be the oldest known copy of the Gospel of Mark (see here and here).

He explained that a fragment of Mark’s book was found on ancient papyrus used to create a mummy mask and remarked that while more research is needed to date the fragment conclusively, the find is an exciting one.

He opined that the find provides a good opportunity to talk about the book we call the Holy Bible.

And in a question and answer format with RTB editor Maureen Moser he made his deliberations accordingly:

The discovery of the Gospel of Mark fragment is thrilling, but it got me wondering about the canonicity of Scripture. How did the biblical canon that we use today come about?

It’s a great question and, of course, it’s also a controversial one. The branches of Christianity (Eastern Orthodox, Catholicism, and Protestantism) debate this topic. And there are also challenges from the outside. For example, the Gnostics wanted to include four alternative gospels—the Gospel of Mary, the Gospel of Thomas, the Gospel of Judas, and the Gospel of Peter—in the canon. So, the question is what rule or mark of authenticity includes some books and excludes others?

I think at the heart of these questions about Scripture—whether about the canonicity or biblical inerrancy—is our view of biblical inspiration. Within Christianity the basic idea is that the Holy Spirit inspired Scripture. Now we have to present this idea in measured tones. We should not picture the apostles or the prophets (for the Old Testament) going into a trance and writing out things like zombies. The Scriptures still reflect the humanness of the authors, their education level, their vocabulary, and their knowledge. Rather, the Holy Spirit superintended the writing. He inspired the authors, caused them to write, and kept them within measure.

This is not unlike how I might write a piece and you might edit it. You might say, “Ken, you have to cut this part out or how about if we include this here?” That’s a rough analogy.

So that’s something we editors have that in common with the Holy Spirit?

I knew the RTB editorial team would like that one, but it’s not a bad analogy. Inspiration is not dictation; the Spirit supervises the individual, but it’s that person’s vocabulary and writing style. Obviously, Paul’s vocabulary is much more advanced than Peter’s. So, out of this view of inspiration come implications for canonicity.

What are some of the differences amongst the branches of Christendom regarding canonicity?

In the classical Roman Catholic view the Bible is essentially the church’s book. The church (meaning the apostles) wrote it and canonized it. The church put a stamp of approval on some books, but rejected others. Then Protestants, in Catholic thinking, came along and rejected the Catholic Church but wanted the canon.

But in the classical Protestant view the apostles wrote the Bible under the influence of the Holy Spirit. The church didn’t canonize it as though the text were uninspired until the church put its thumbprint on it. Rather, the church played a much more modest role of recognizing the canon. Inspiration is inherent in the books themselves; it’s not something the church adds to the books.