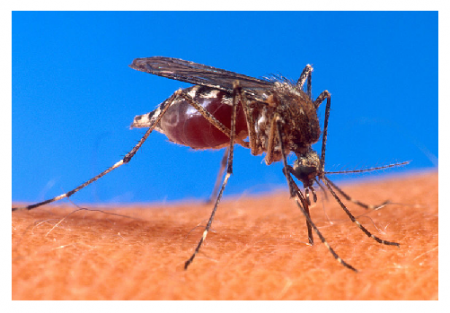 Chikungunya virus (CHIK V) fever is caused by Chikungunya virus, an arboviral disease transmitted by the bite of the infected Aedes mosquitoes. There are several species of mosquitoes but only the Aedes which has white stripes on the legs carries the viruses if it bites a person who has dengue, yellow fever and now the Chikungunya fever. Chikungunya fever has affected millions of people and continues to cause epidemics in many countries.  In the region of the Americas, this disease is fairly recent and continues to spread at a rapid rate in Latin America and the Caribbean.

This febrile illness affects all age groups. The common symptoms are:

Other less frequent symptoms include:

There is no specific treatment for CHIK V. Treatment for the fever and joint pains is with paracetamol/acetaminophen which are common over the counter OTC preparations. Aspirin and NSAIDS (similar to ibuprofen) are not recommended due to the possibility of bleeding disorders. The skin rash and itching can be treated with OTC preparations.

Prevention and Control of CHIK V

It is important for everyone to understand that in order to reduce the spread of the disease we can minimize the population of mosquitos, eliminate the breeding sites and limit the mosquito-patient contact.

The aedes mosquito is predominantly found in and around the home and where persons gather such as the workplace, schools, and markets.

If there is any good news it is the fact that once a person has the CHIK V fever then they will have life- long immunity.

Protect yourself from getting bitten by mosquitoes.