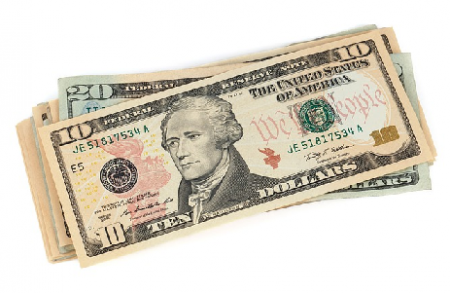 Editor’s note: This post originally appeared on Quora, as an answer to the question, “What is the most reliable way to be making at least $250,000 a year within 8 years of graduating with a bachelor’s in computer science?“

I’ll answer this with the same advice I’ve given my kids. First off, forget about your bachelor’s in computer science. I did that and then went to grad school for CS. Worthless. I’m on the board of a billion revs employment agency. I can tell you the facts: Income is going down relative to inflation for 40 years in a row. And the entire middle class is getting fired. I don’t mean this in a scary way. It’s just the facts right now. Maybe it will change. I hope so, but I doubt it.

I’m not even suggesting go out and start a company. Running a company is a lot of painful work. Employees have sex with each other, clients want bribes, and programs don’t work at demos.

More than half the unemployed have college degrees (another comment: “College is not just about the money.” And my response: “Then don’t let your kids get $100,000 in debt just so they can read books for a few years.”)

I wanted to find someone who was neither an entrepreneur in the traditional sense nor an employee somewhere.

I kept seeing this guy Steve Scott on Amazon. His books kept beating my books on Amazon’s lists. How could “23 Anti-Procrastination Habits” rank higher than “Choose Yourself!”

Other books would be: “70 Healthy Habits” or “How to Start a Successful Blog in One Hour.”

And every few weeks there would be another book. First I noticed it under Steve Scott. But then, with a completely different picture, I noticed the same style of books coming up under SJ Scott.

I wanted to know what the hell he was doing. I wanted my kids to do it so they would never have to have the worries and anxieties that I had all through my 20s and 30s.

He came on my podcast “The James Altucher Show” (I’m not trying to get you to listen to it. I’m going to tell you everything he said here).

He told me just two years ago he was dead broke and trying to figure out what to do. He had basically zero in the bank and was making no money.

“Can anyone do this?” I asked him.

And he said, “yes,” and we made a podcast out of it because I wanted everyone to hear his detailed answers. You can listen for free on iTunes or Stitcher (for Android phones).

He basically writes 2,000 words a day. In the front of each book he has various things he gives away for free if people sign up for his email list.

“Take a concept you’re interested in,” he told me, ” and break it up into a lot of parts and write a book about each part.

Did he study writing or marketing in college? You decide: He majored in criminal psychology at Montclair State University.

It took two years to build up, but now he is a marketing and entrepreneurial machine — even though he has never done anything like this before.

He has no boss. He enjoys his free time. He makes more money than 95% of the CEOs in the corporate world. If I were graduating with my CS degree this is what I would do right now instead of what I did do.

I asked him why he was being so transparent. Why he was telling me EVERYTHING. “Can’t anyone just copy what you do?”