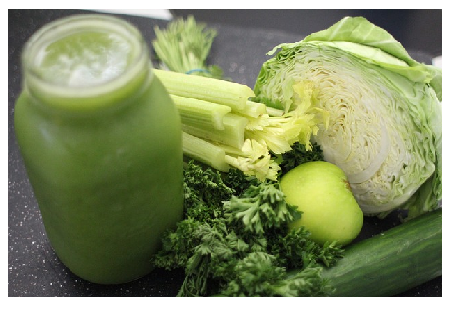 In an article on the website, anounceofprevention.org, Dr. Anthony Vendryes argued that a periodic liver cleansing program can bring significant benefit to the body and can help it to maintain optimal health.

He posited that individuals with chronic illness like cancer or who are on long term medication or who live or work in a toxic environment will particularly benefit from the cleansing of the liver.

He recommended the following as a plan that could help to detoxify, protect, and help regenerate this important organ, the liver:

It is convenient to have day four and five on a weekend or at a time when you can stay at home.

Days 1, 2 and 3: Drink 4 glasses of apple juice during the day and eat a healthy diet emphasizing fruit and vegetables.

6pm – Take one level tablespoon of Epsom salt in a glass of water.

8pm – Take another tablespoon of Epsom salt in a glass of water.

By this time, one may be making repeated trips to the toilet. 10pm – Mix one half glass of virgin olive oil and three quarter glass of freshly squeezed grape fruit juice and shake the mixture vigorously in a closed container to mix it well.

Go to bed immediately after drinking the mixture and lie on your left side. You will probably have bowel movements during the night.

6am: Take another tablespoon of Epsom salt in a glass of water.

8am: Take one last tablespoon of Epsom salt in a glass of water.

He noted that one will see in the toilet several bright green gallstones of various sizes that you have passed out from the liver.

“These gallstones are formed in the liver can quietly clog the organ and contribute to many health problems. This liver cleanse can be done on a monthly basis until no more gallstones are passed, indicating that the liver is clear,” he said.

He underscored the fact that the liver is endowed with a tremendous capacity to repair and renew itself and stated that doctors have continued to be amazed at the liver’s capacity to re-grow itself after large parts of the organ was surgically removed.

“The combination of the herbs milk thistle and schizandra, the antioxidants alpha lipoic acid, selenium and vitamin C is an extremely powerful combination for healing and restoring the ailing liver. Cilantro and chlorella can also help eliminate toxins especially heavy metals from the body,” he said.

In addition, he stated that coffee enemas, Epsom salt, and colon hydrotherapy can help to dilate the bile ducts and so encourage the release of bile and toxins.

He stated further that the regular daily consumption of a tablespoonful of virgin coconut oil daily can help to maintain a good bile flow.

He also advised that beetroot juice and turmeric are also healthy for the liver and encourage bile flow.

According to Dr. Vendryes besides detoxifying one’s liver, it is important to cleanse one’s environment as much as possible of pesticides, herbicides, volatile household cleansers, air fresheners, and other common manmade chemicals.

Finally, he said one should seek to keep to a minimum the consumption of prescription medication, over the counter, and recreational drugs.

These he argued create an additional toxic burden on the liver. In addition, he said alcohol is particularly harmful to the liver and should be totally avoided if one’s liver is ailing. Mercury amalgam dental fillings and root canal implants can also be the source of toxins that chronically pollute one’s body and liver.