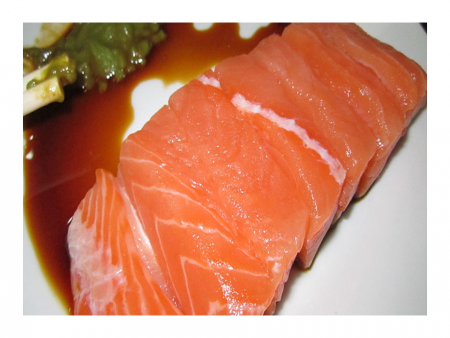 Unlike other vitamins, Vitamin D seems to be the black sheep of the family of vitamins. In general, it is not promoted and its value is often overlooked by professionals and lay persons alike.

However, new research and study have now shown the powerful effect of vitamin D on human health and longevity. Vitamin D is said to be more like a powerful hormone than a vitamin.

In fact, its deficiency is now connected to 17 varieties of cancer, along with heart disease, high blood pressure, strokes, autoimmune diseases, diabetes, chronic pain, and osteoporosis.

Vitamin D is found naturally in only a few foods such as egg yolks, mushrooms, liver, and fatty fish. It is not easy or nearly impossible to obtain enough vitamin D from one’s diet.

It is also believed that the current dosages recommended as the RDA for vitamin D are based on the outdated research of the prevention of rickets and therefore should be updated to current understanding.

Today, Vitamin D is being fortified in some food products by manufacturers and although a welcome shift, more need to be done.

The sun however, is the major and richest source of Vitamin D, and it is the most reliable way of infusing vitamin D in our bodies. Therefore, one should seek to develop and maintain a better relationship with the sun.

In a one-hour sunbath, the body can manufacture up to 10,000 units of vitamin D. The process begins when the skin is exposed to the sun. The UVB light in the sun interfaces with a form of cholesterol in the epidermal skin cells and converts into vitamin D. In addition, vitamin D can also be obtained from relatively inexpensive supplement.

The melanin content of the skin also impacts the degree of production of vitamin D. The fact is,the darker one’s skin is, the less vitamin D one’s body produces from sun exposure. Therefore, people with dark skin pigmentation may need ten times as much exposure to sunlight as light-skinned people to generate the same amount of Vitamin D.

Many research and studies have shown that over 90 per cent of African-Americans have staggering rates of vitamin D deficiency.

There has also been a long held view that sunlight causes cancer; consequently, people have been advised and warned to avoid sun exposure. However, the sweeping generalizations were not accompanied by the recommendation to increase vitamin D supplementation.

Vitamin D deficiency has been termed a silent epidemic. Researchers now believe that many cancers could be prevented around the world by raising the vitamin D levels in entire populations.

The national osteoporosis foundation in the U.S. have calculated that approximately 55 percent of male and female in the U.S. over the age of 50 have either osteoporosis or low bone mass (osteopenia).

Vitamin D plays a very important role in ensuring that calcium is metabolized in the body and deposited in one’s bones. Lack of vitamin D will restrict calcium access.

Dr. Tony Vendryes, in an article in the Jamaica Gleaner says, “Contrary to the propaganda, sunlight does not cause cancer. In fact, compelling medical evidence indicates that vitamin D could prevent close to 80 per cent of all types of cancer. The research results clearly demonstrate that the lower your vitamin D levels in your blood, the higher your risk of developing several cancers.”

“Research at Georgetown University Medical Center, Washington, DC, revealed an impressive link between high vitamin D intake and a reduced risk of breast cancer. Their findings reveal that high doses of vitamin D caused a 50 per cent reduction in breast tumours, and a 75 per cent decrease in cancer spread among those who already have the disease,” he further argues.

In his book, The Vitamin D Revolution, Dr. Soram Khalsa, notes, “observational studies indicate that children may have a higher risk of developing insulin-dependent diabetes if their mothers had low intakes of vitamin D during pregnancy.”

He also says, “observational studies that were reviewed suggest that vitamin D and calcium may improve insulin resistance and systematic inflammation but are unclear about the mechanism involved.”

“And in yet in another study, the risk for developing type 2 diabetes was lowered by 33 percent with 800 IU vitamin D and 1,200 mg of calcium taken daily,” he adds.

Cardiovascular disease includes hypertension, coronary heart disease, heart failure and stroke. Research has found that men who were deficient in vitamin D were more likely to have a heart attack when compared to men who had levels of at least 30 ng/ml. Lack of vitamin D has also shown to affect the muscle lining of the heart, as well as calcification of the vascular wall.

The foregoing is no way an exhaustive list of illness, disease, and their relationship to vitamin D deficiency. However, its an indication of the essential role that Vitamin D plays in one’s diet and to ignore it is a health disaster waiting to happen. ∅