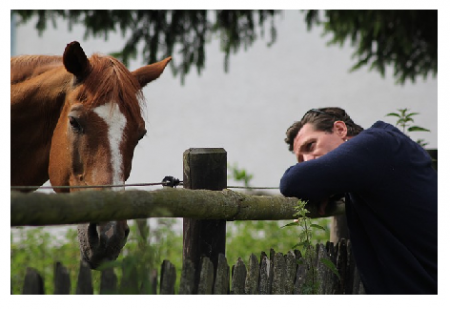 Kenneth R. Samples in an informative piece on reaons.org sought to make the distinction between humans and animals.

He notes that for many people the distinction between human beings and animals has become increasingly blurred.

He further says that in light of exposure to the secular, naturalistic worldview–especially in academia—one easily questions whether the differences are simply a matter of degree. With this view, the concept of mankind leaping to the top of the evolutionary heap by chance events is one that is maintained by many people. However, Samples believes that philosophers have identified many ways in which human beings differ dramatically from animals.

He argues that unique human qualities and traits set man apart from the animals by kind, not just degree.

He posits that from a Christian worldview perspective, and specifically in light of the imago Dei (see sidebar), one would expect profound differences.

He lists a few of these differences accordingly to make his case:

Human beings have an inherent spiritual and religious nature. The vast majority of people on Earth pursue some form of spiritual or religious truth. Most human beings have deep-seated religious beliefs and engage in intricate religious ritual. Pursuit of God or the transcendental is a defining characteristic of mankind and is evidenced in such common practices as prayer and worship–so much so that some have designated humans as homo religiosus–“religious man.” By contrast, formal atheism is largely inconsistent with the overall history of human nature and practice. Even professed nonbelievers (atheists, skeptics) pursue questions concerning life’s ultimate meaning and purpose and are drawn to whatever they consider to be of ultimate importance and value. Philosopher Harold H. Titus has said that even agnostics and atheists “tend to replace a personal god with an impersonal one–the state, race, some process in nature, or devotion to the search for truth or some other ideal.”2

Man, of all Earth’s creatures, is uniquely cognizant of his imminent death. This recognition brings him personal angst and contemplation of God and the possibility of immortality. The ancient Greek philosopher Socrates (c. 470-399 B.C.) stated, “The unexamined life is not worth living.” It is left for man alone to contemplate what philosophers call “the big questions of life.” Animals, on the other hand, can be very intelligent but show no sign of spirituality or concern with ultimate issues.