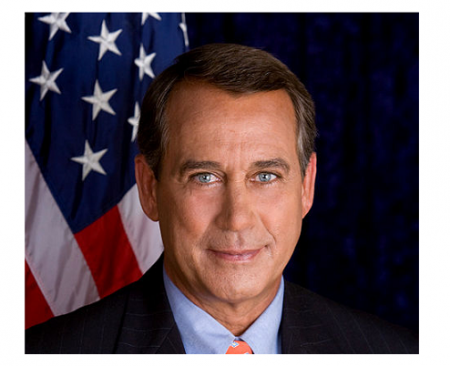 “Congress can make this decision on its own. I don’t believe I am poking anyone in the eye,” said the Republican House Speaker. “There is a serious threat that exists in the world. And the president last night kind of papered over it.”

So, never before a foreign leader in the midst of an election in his or her home country been invited to address a joint session of the Senate and House of Representatives in the U.S.

Yet, Mr. Boehner the GOP House Speaker along with Senate Majority Mitch McConnell have seen it fit to break from tradition and a long held convention to invite Israel’s Prime Minister, Benjamin Netanyahu to address Congress.

This decision begs the question, Why Mr. Speaker? Why this break in diplomatic protocol?

Is it a case of getting back at or an in your face gotcha Mr. President for not following the GOP’s lead in imposing additional sanctions against Iran.

Frankly speaking, against one’s better judgment, it would be easy to draw the race card and all the ramifications that go with it, but for now it is best to let sleeping dog lie.

Now, one can easily understand why Netanyahu would readily accept the invitation and which politician wouldn’t, given not only the political posturing the opportunity affords, but also the big platform it provides in aiding one’s political campaign.

“I’m looking forward to the opportunity to share Israel’s vision on joint action to deal with these threats and to stress Israel’s commitment to the bond that unites our two democracies,” Netanyahu reportedly said.

Now, whether the acceptance of the invitation by Netanyahu will damage future relationship between the Obama administration and Israel is yet to be seen.