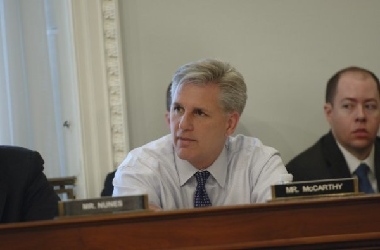 House Minority Leader Kevin McCarthy (R-Calif.) has found himself in a spot of bother following comments he is said to have made amid the Jan. 6, 2021, attack on the Capitol.

Press reports have revealed that the California Republican, during a call with GOP leadership on Jan. 10, 2021, said he would recommend that Trump resigns from office.

McCarthy denied the report, calling it “totally false and wrong.” But following his denial, MSNBC’s “The Rachel Maddow Show” aired an audio, shared by the Times, that corroborated the report.

“The only discussion I would have with him is that I think this will pass, and it would be my recommendation you should resign,” McCarthy said in the recording.

Since that confirmation of the report, Sen. Elizabeth Warren (D-Mass.) blasted McCarthy on Sunday, calling him “a liar and a traitor.”

“This is outrageous. And that is really the illness that pervades the Republican leadership right now, that they say one thing to the American public and something else in private,” Warren told CNN’s “State of the Union.