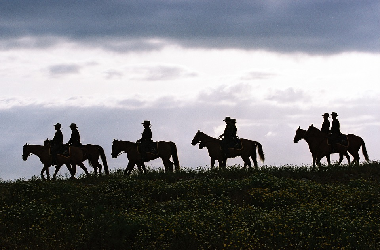 Social Media images doing the rounds have shown border agents on horseback driving migrants back into a river.

This has sparked an uproar by civil society and has prompted an investigation in the U.S.

The pictures circulated on social media show the riders using their reins against the migrants and pushing them back towards the Rio Grande in Texas.

According to press reports, Homeland Security Secretary Alejandro Mayorkas says his department will investigate reports of the alleged abuse.

He said the officers were trying to manage the migrants crossing the river.

Some 13,000 mainly Haitian migrants have gathered in a makeshift camp under a bridge connecting Del Rio to Mexico’s Ciudad Acuña on the U.S. -Mexico border.