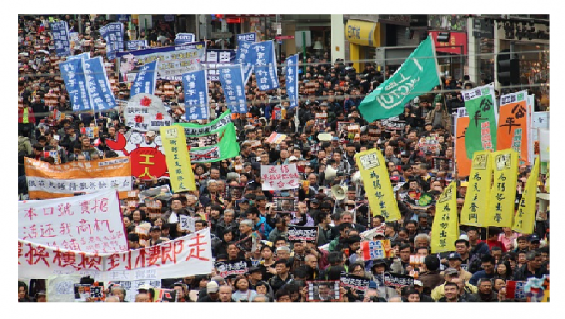 According to the Xinhua News Agency, Wang Zhimin has been replaced as director of Beijing’s liaison office for Hong Kong by Luo Huining, the Communist Party secretary for the northern province of Shanxi.

Carrie Lam, the chief executive of Hong Kong, however, remains in office with the support of Beijing’s leadership.

Lam is the chief proponent of a bill that initially set off mass protests in March 2019.

The bill would have seen fugitives being extradited from Hong Kong to mainland China.

Protesters, however, expressed fear that the act would allow for unfair treatment to prisoners taken from Hong Kong.

Representatives from several countries have called on Lam to “seek genuine ways forward out of this crisis by addressing the grievances of Hong Kong people.”

Diplomatic negotiations with China resulted in the 1984 Sino-British Joint Declaration in which the United Kingdom agreed to transfer the colony in 1997 and China would guarantee Hong Kong’s economic and political systems for 50 years after the transfer.

The impending transfer triggered a wave of mass emigration as residents feared an erosion of civil rights, the rule of law, and quality of life.

Over half a million people left the territory during the peak migration period, from 1987 to 1996.