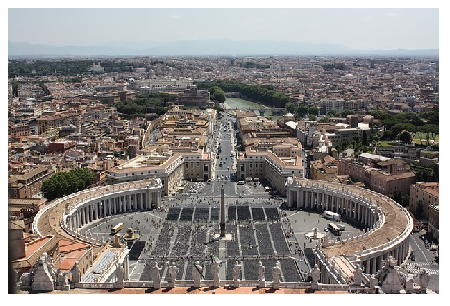 A senior priest at the Vatican is out of the closet and from all indications is seeking to force the Pope to reveal his hand or make a call to either accept gays as full members of the church community and grant them all the rights of any church member, or not.

This is tantamount to Vice President Biden forcing President Obama to evolve quickly on gay rights and acceptance.

The Polish-born Krysztof Charamsa, 43, has revealed he is gay, on the eve of a major meeting that will define the Catholic Church’s teaching on family.

According press reports, Msgr. Charamsa said he wanted to challenge the Church’s “backwards” attitude to homosexuality.

In the meantime, the Vatican called his actions “very serious and irresponsible” and stripped him of doctrinal responsibilities.

“I want the Church and my community to know who I am: a gay priest who is happy, and proud of his identity. I’m prepared to pay the consequences, but it’s time the Church opened its eyes, and realized that offering gay believers total abstinence from a life of love is inhuman,” said Monsignor Krzysztof Charamsa in a press interview.

Msgr. Charamsa’s statement came against the background of bishops’ arrival in Rome for the synod will certainly generate heated discussions among the traditionalist and progressive believers.

Msgr. Charamsa is no ordinary priest; he has lived in Rome for 17 years, and has been a member of the Congregation for the Doctrine of the Faith since 2003.

He has also served as assistant secretary of the International Theological Commission of the Vatican, and teaches theology at the Pontifical Gregorian University and the Pontifical Athenaeum Regina Apostolorum in Rome.

Msgr. Charamsa now seems to have resigned to his fate.

He told the press, “I know that the Church will see me as someone who has failed to keep a promise, who has lost his way, and what’s worse, not with a woman, but a man! I also know that I will have to give up the ministry, even though it is my whole life. But I’m not doing this so that I can live with my partner. The reasons are much wider-ranging and based on a reflection on Church doctrine.”