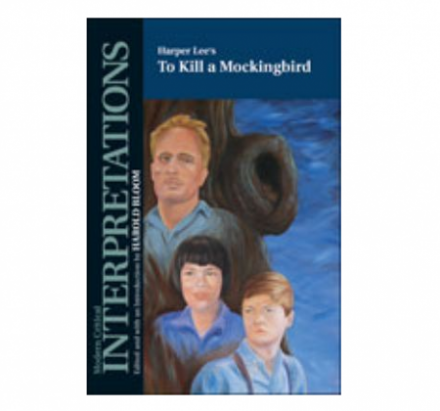 Have you read the book entitled, “To Kill A Mocking Bird” written by Harper Lee or seen the movie of the same name, screenplayed by Horton Foote and produced/directed by the team of Robert Mulligan and Alan J. Pakula? If not, here is a little treatise by Catherine Ritchie, a writer on the Dallaslibrary2.org blog.

We’re all familiar with the concept of the “one-hit wonder,” usually pertaining to music: a singer or group records one gold-record blockbuster, never to be heard from again, and often inspiring derision or condescension from that point on. Does the same thing happen to an author who only writes one book?

Perhaps not, if the novel in question is to kill a mockingbirdbird Harper Lee’s 1960 Pulitzer-Prize-winning story of a young girl’s coming of age in a small Alabama town would indeed be her only published full-length work, but it would achieve world-wide acclaim and go on to influence several generations of both fellow writers and readers of all ages, as arguably, one of the finest novels ever written.

The DVD documentary “HEY, BOO” chronicles Lee’s story and that of the novel itself (which was initially rejected by four publishers), along with its 1962 movie version, the latter based on what’s generally acknowledged to be one of the best book-to-film adaptations ever written (thanks to Texas native Horton Foote’s Oscar-winning screenplay).

Remarkably, Harper Lee herself has not given an interview in any medium since 1964, though, at age 89, she still resides in her hometown of Monroeville, Alabama. Thus, the film relies mainly on reminiscences from her 99-year-old sister, and on copious comments from fellow writers and famous readers whose lives have been shaped by her singular literary achievement.

Prior to 1964, Lee said that her ambition was to become “the Jane Austen of the South”. The question of why she failed to publish another novel may never be convincingly answered, and this documentary can only speculate, as Lee herself remains silent. What is undeniable, however, was the significance of mockingbird as both book and movie in the context of the burgeoning American civil rights movement. A novel and film dealing with racism and its resulting cruelty struck many serious chords in the early 1960s, and Lee is given much credit for her indirect influence on the nation-shaping events to come.

Film aficionados will enjoy the many clips and photo stills from mockingbird the movie, along with an interview with the grown-up Mary Badham, who portrayed “Scout”. We also learn about Lee’s long-time, often challenging relationship with her Southern schoolmate and fellow writer Truman Capote. He would rely heavily on Lee’s research assistance for his own masterwork in cold blood, allegedly only to sever their friendship when her book won the Pulitzer Prize instead of his.

This documentary is highly recommended for all TO KILL A MOCKINGBIRD fans. And to those who have never read the book, or have not done so for years: I defy you not to reach for a copy as soon as the DVD winds down!

(For those wanting to read more on this topic, I also recommend the 2007 biography MOCKINGBIRD: A PORTRAIT OF HARPER LEEby Charles Shields.)