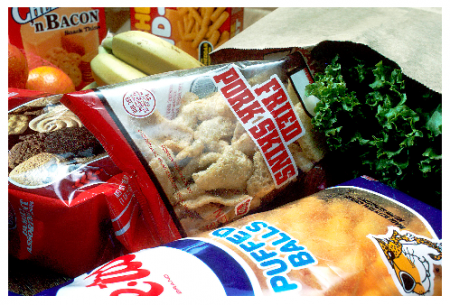 There has been the suggestion that some foods and drinks have been formulated to be addictive to the consumer.

Debates on healthy diets have become a political issue. It is reasonable to surmise that if some food or food additives have deleterious effects on the physical health, there is a possibility that the mental health and the brain are being directly affected. Let us explore why this may be so.

Food which are considered to be Junk Food

The definition and description of junk food varies as some nutritionists make reference to the mega calories of some meals or single super sized food item which have low nutritional value. Others focus on the methods of preparation, whether the food is fried, deep fried or prepared and served with a lot of gravy sauce. For other health and fitness practitioners, the concern is with the chemical additives being used to preserve or enhance the taste. This introduces free radicals in food which attacks healthy cells and tissue.

Junk food tends to be appetizing, and there is a tendency to consume too much as the satiety center in the brain becomes overstimulated and fails to recognize when enough is enough. The appeal comes from the salty or sweet taste which also stimulates the taste buds. Unfortunately, there is often too much salt and sugar used in the preparation of freshly prepared and processed foods.

The Fast Food or Quick Service Industry is beginning to take note and have been making efforts to provide the consumers with healthy choices, reduced portion sizes, and improved methods of preparation such as grilled, broiled, and steamed versus fried and deep fried.

The Effects of Junk Food on the Brain

You might have, at some time or the other, experienced cravings for junk food, albeit a fleeting urge. Cravings are strong and sometimes this overwhelming urge can be triggered by the aroma, a visual advertisement or jingle. There are university studies which establish that the junk food ads on the electronic media can cause children to crave for certain foods. Based on these findings, some countries have placed a ban on advertising junk foods to children. What has triggered such a drastic action is the scientific evidence that foods high in fat and sugar can be addictive in much the same way as recreational drugs. The area of the brain that is stimulated is the “pleasure center”. The pleasure center in turn releases pleasure chemicals which cause one to feel good and crave for the next bite (fix). It has been suggested that overstimulation of the pleasure center in the brain tends to deteriorate the brain function. There are those individuals who have developed a bizarre craving for junk food and consume a staggering quantity daily. Intense therapy has been successful in normalizing these individuals’ relationship with food.

Is there a way to make healthier choices from Junk Food?

In the case of children and teenagers, parents and schools have been grappling with providing nutritious, tasty foods to replace junk foods. They are also introducing tasty snacks and delicious fruit drinks and smoothies. At the same time they have been removing snack vending machines from canteens.

Reducing or substituting mayonnaise on burgers is a good start. Grilling and broiling meats is a healthy option, but take care not to char or burn the food as this introduces potentially harmful substances.

We must all reject the use of trans- fats in the preparation of snacks and meals. It gives snacks a delicious taste but unfortunately the evidence is mounting that long term consumption has been linked to cancers.

Super foods to nourish the brain include:

In recapping, we know that prepared foods in and of themselves are not necessarily unhealthy. The sugar and salt content as well as the method of preparation could tip a healthy meal or snack into the category of junk food. If you find yourself craving for a particular type of food or snack and it does not make the list as a healthy choice, this could be a signal that you are developing food addiction.