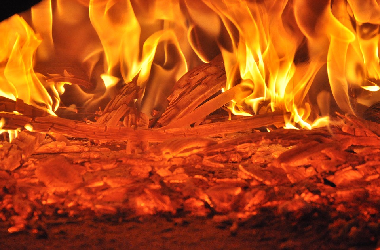 Against backdrops of “till hell freezes over,” “champagne dreams on empty pockets”, and greybeards who have experienced and suffered sabotage, our arrival at Hell’s gate- if that it is- is not mistaken for the Pearly Gates.

Indeed, we are prepared and conditioned to expect a status quo that is treacherous, unfair and stifling. Struggles, the narratives of futility become, define, and ultimately consume us as if, with few sparkling and inspiring exceptions, it is inevitable.

Already persuaded to hell being a place of unquenchable thirst, our own hopeful arrival at heaven’s doors are quickly challenged for mistaken premise, I meant promises, and our optimism- if that it is- is lectured and abused by encounters and confrontations with reality until our advice to green horns and wet between the ears rookies is that life is a harsh and unkind jungle. Life is not fair.

It is hard to argue with anyone who has suffered or experience  a life altering wound that their emphasis on a negative is not a positive until their perspective is charged and challenged to find or offer a better way forward.

But this is difficult, not because hell has any prohibition on thirsts being quenched but primarily that our views and participation in such “thirst quenching in hell” is unsettling even to us, and hence is ill advised. Such generosity is suspect, misplaced and deliberate contravention of norms which will not be rewarded. It is as if we are narrated to write instead of right the folly of futility and be proud defenders of our experiences which flow from the narrative.

So, we find ourselves at a precarious place anxious for relief, convinced the deck is stacked against us, wary of over exertion or over exuberance for the reality of where we are might be Hell instead of heaven.

Being suspicious of one’s self is a self-defeating exercise. And yet, growth requires an inquiring dialogue with self to arrive at better answers that had hitherto been our de facto persuasion. Simply put, we have defaulted to a logic of futility that satisfies while undermining us.

With this mindset, what is important is not where we find ourselves in terms of heaven or hell but what we are persuaded to. What matters, I think, are not the obstacles placed in our way, or the inequalities we have been ‘legacied’ or recently assigned, but whether we are resourced in our confidence to peddle ice cream, ice, air conditioning units and thirst quenching experiences in the places conventional wisdom had declared a hell. For a truth waiting to be discovered even within the gates of hell is that there is no futility to the things that move you if you are not jaded or dissuaded. Consequently, be relentlessly joyful and come to each episode of life with this understanding: if you remain undaunted your success is assured.

Sounds crazy? Perhaps. But failure is not so much that others have achieved at our expense but that we have become bitter at our disfiguring experiences. And this bitterness, this unresolved disappointment has not aided but robbed us of the formidable force we could have been. So, instead of others robbing us- that much is true- we have felt cheated instead of responding to life with our very best.

We do not suffer defeats by others. Rather our equilibrium is rattled, and our own disquiet and anxieties are set loose to do the rest. It is vital from this alternative narrative that we have a dialogue with our divinity to find who we are and how to respond to the inelegant displays of preference and entitlements by others and by ourselves. For in large measure hell’s tyranny has not been overstated, but your capacity and mine to challenge hell and diminish its influence and space has been understated.

It doesn’t matter that the deck is stacked against you. What matters is that you become aware of the relentless force for change that you are. Hell, aint got a power where you build your tower. Be Relentlessly joyful.