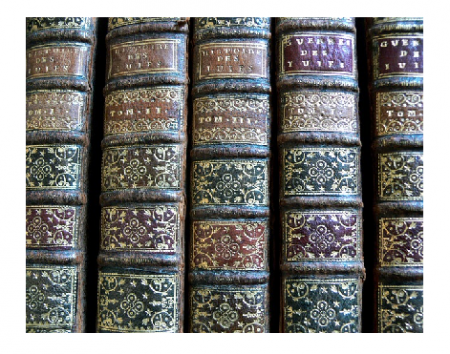 Arsene Houssaye’s “Des destinees de l’ame” (On the destiny of the soul) is part of the antique book collection of the university’s Houghton Library, which specializes in rare and antique works.

Through these tests, they were able to exclude the possibility that the book cover was made from the skin of a goat, a sheep or another animal.

“They are 99 percent confident that the binding is of human origin,” said a post on the library’s blog, citing senior rare book conservator Alan Puglia.

The conclusions confirm the veracity of a handwritten note in French found in the book, which said the book was bound “in human skin parchment.”

“By looking carefully, you easily distinguish the pores of the skin,” added the note, written by a doctor who was a friend of Houssaye, who lived 1815-1896.