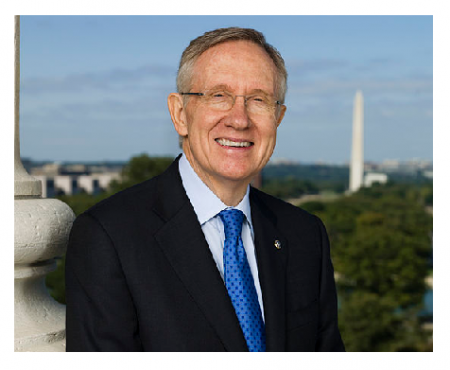 In a sit-down interview with the press earlier this week, Senate Majority Leader Harry Reid said that he deeply regretted his vote to go to war with Iraq in 2003.

“I should never have voted for that…but I accepted what – former Secretary of State, Colin Powell and the others said. But it took me just a matter of a few months to realize it was a bad mistake, and my record speaks for itself. I’ve spoken out against what was going on, not once, not twice, but lots of times. And I’m sorry that I was misled, but I was, and it was a mistake for me to for that war.”

In 2003, Harry Reid, along with other members of the both the House of Representatives and Senate, failed to do their homework and consequently voted to send U.S. force into Iraq.

The bipartisan authorization of sending troops into Iraq on the premise that the country possessed weapons of mass destruction and was a threat to the U.S and other countries proved not only to be false but today have left thousands of people dead, dislocated millions, and created instability and chaos within that country.

Now, with the 2011 withdrawal of the U.S. force from Iraq, the current situation in the country seems untenable as the government looks like it could disintegrate at anytime, given the social and political upheaval taking place.

Today, an estimated 10,000 fighters from the Islamist terror group ISIS, supported by Sunni fighters threaten to overrun the country and installed its own brand of government.

This has forced calls from the Iraqi government for U.S. air strikes as well as  appeals from some quarters for U.S. military intervention including boots on the ground.

However, said Reid, “As far as I’m concerned there shouldn’t be a single boot on ground.”

Reid also said that should the Obama administration ultimately decide otherwise, or choose to ramp up an air campaign to help deal with the insurgency in Iraq, it would not have to come to Congress to get approval.