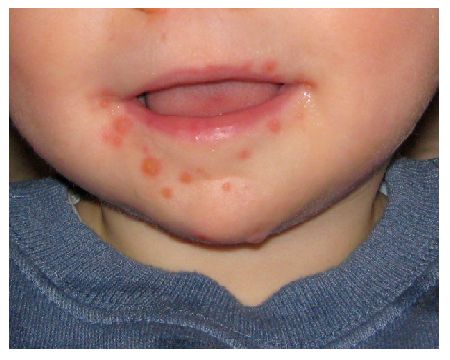 According to U.S. Centers for Disease Control and Prevention, hand, foot, and mouth disease (HFMD) is a common viral illness that usually affects infants and children younger than 5 years old.

However, the government agency noted that it can sometimes occur in adults.

Symptoms of hand, foot, and mouth disease include fever, mouth sores, and a skin rash.

It also stated that the two diseases are caused by different viruses and are not related.

The disease has recently hit a number of schools in Jamaica, thus forcing some students to stay at home.

The Ministry of Health has stated that it is closely monitoring the situation to avoid any form of epidemic.

In the meantime, immediate Past President of the Medical Association of Jamaica, (MAJ), Dr. Shane Alexis, has warned parents and teachers to be vigilant in detecting symptoms of the virus in children.

According to CDC, there is no vaccine to protect against the viruses that cause hand, foot, and mouth disease. However, the agency said on its website that a person can lower their risk of being infected by engaging in the following:

It also said that if a person has mouth sores, it might be painful to swallow.

However, it explained that it’s important for people with hand, foot, and mouth disease to drink enough liquids to prevent dehydration (loss of body fluids). On the other hand, if a person cannot swallow enough liquids, they may need to receive them through an IV in their vein.

In an attempt to also contain the spread of the disease in Jamaica, the Education Ministry is urging cooperation from parents.

Education Minister, Ronald Thwaites, has appealed to parents to keep their children at home if they display symptoms of the disease.