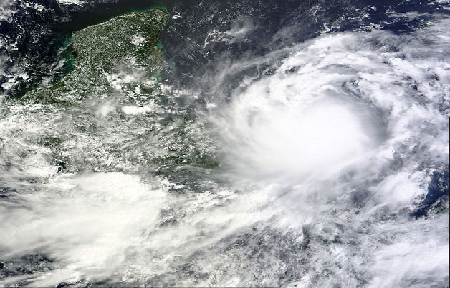 The death toll in Haiti is reported as being close to a thousand as search and rescue teams reached areas that were previously inaccessible following the passage of the storm last week. Government officials acknowledged that at least 842 people had died as a result of the hurricane but said that the figure could rise significantly as the rescue teams made their way into the interior of the country.

Saint-Victor Jeune, an official with the Civil Protection Agency working in Beaumont, in the mountains on the outskirts of hard-hit Jeremie, said his team had found 82 bodies that had not been recorded by authorities in the capital.

Officials said they were especially concerned about the department of Grand-Anse on the northern tip of the peninsula, where they believe the death toll and damage is highest.

The deaths reported by aid workers did not include Grand-Anse or its surrounding areas.

A United Nations official said Hurricane Matthew has caused the biggest humanitarian crisis in Haiti since the devastating earthquake of 2010.

The Barbados-based Caribbean Disaster Emergency Management Agency (CDEMA) reported Friday that more than 25,000 houses had been damaged and at least 61, 537 people were staying at shelters.

It said that the Haitian government has provided one million gourdes to each Department to support initial response and recovery efforts, while various countries and agencies such as Venezuela, the United States, the European Union and the Barbados-base Caribbean Development Bank (CDB) were providing financial assistance to the country.