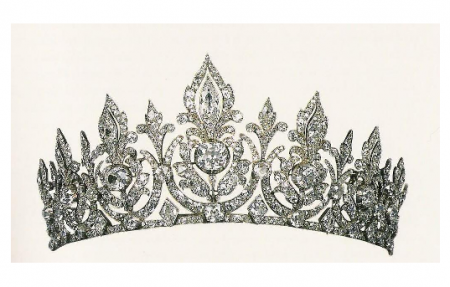 Amidst a loud chanting, cheering, and supportive crowd, 25-year-old Carolyn Desert walked away with the crown in the Miss Haiti 2014 competition. The event was held on Sunday in Port-au-Prince.

Desert is a freelance writer and the owner of a Mexican restaurant in Petionville district, an upscale area within the capital, Port-au-Prince.

Known for her support and charitable work among children, Desert was a favorite from the outset and her supporters’ applause was telling each time she appeared on stage.

Her wide smile earned her a “most photogenic” award, and her eloquent response during the competition’s question-and-answer segment made the crowd of more than 400 people erupt in rapturous applause.

The competition was not without its detractors and it provoked a lot of heated debate in the press.

The contestants were heavily criticized for wearing hair extensions and the straightening of the hair instead of embracing the natural Haitian look.

Desert was one of only two women in the group of 21 participants who competed with closely cropped hair.

Desert will now move on to participate in the Miss World competition in London in December. She also will represent the country on trips sponsored by the country’s tourism ministry.