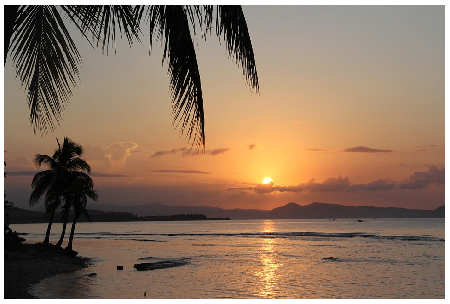 The name Haiti may invoke different economic, political, and social thoughts of all sorts.

However, one thought that may not come readily to the mind of the average tourist is Haiti as a travel destination.

The fact, however, is Haiti is an exotic country, with fascinating castles, history, architecture, art, music, spiritual traditions, diverse landscape, and most of all charming, beautiful, and friendly people.

The country’s rich cultural and natural beauty offer one a unique experience that will be difficult to match anywhere else in the world.

Haiti, shaped like a crab claw, shares the island of Hispaniola with the Dominican Republic to its east. The country got its name — Haiti from its indigenous people — the Taino.

The capital, Port-au-Prince, is located in the central region near the Gulf of Gonâve. It’s the center of business, commerce, entertainment, and the seat of government.

Haiti has various points of interests and its offerings are many and varied for the intrepid traveller.

Some of these include the Musée de Pantheon, which chronicles Haiti’s history; Place des Héros, the central square with government buildings and statutes.

Inside the Musée National is a treasure-trove of historical relics such as the suicide pistol used by King Henri Christophe in 1820. One will also see an anchor allegedly salvaged from Christopher Columbus’ famous Santa Maria.

There is also the Museum of Haitian Art along with many other art galleries that feature a number of national famed paintings as well as local community art pieces.

Beyond the airport and outside the capital city is the Rhum Barbancourt Distillery. This is one of Haiti’s oldest companies; its rum is one of the country’s most famous exports and is widely regarded as among the finest rums in the world. The company was founded in March 1862 and today, given its historical setting, attracts a large number of tourists.

People who are interested in history will find the northern peninsula very informative and educational as it is filled with forts and ruins to explore. The Citadelle Laferrière is a large mountaintop fortress in northern Haiti and is approximately 17 miles south of the city of Cap-Haïtien and five miles uphill from the town of Milot.

It is one of the largest fortresses in the Americas and was designated by the United Nations Educational, Scientific and Cultural Organization (UNESCO) as a World Heritage Site in 1982—along with the nearby Sans-Souci Palace.

The massive stone structure was built by up to 20,000 workers between 1805 and 1820 as part of a system of fortifications for defense against marauding invaders at the time and more so from French incursions. This photo of Bassin Bleu is courtesy of TripAdvisor

On the southern side of the country, one will find nature being manifested in all its glory. There is the Pic de Macaya, a 7,700-foot mountain populated by rare orchids and birds as well as the triple waterfall, Bassin Bleu.

In addition, there is the Étang Saumâtre, a blue saltwater lake east of Port-au-Prince, which has more than 100 species of waterfowl. One will also find flamingos and crocodiles among the many types of wild life in the area.

Haiti, like other Caribbean destinations, is endowed with some of the best beaches in the world. This tropical paradise getaway boasts beaches with crystal clear blue water, with stretches of white sand winding idyllically for miles on the horizon. Its beaches are not only bustling and people-filled but also picturesque, palm-fringed coves lined.

There is no doubt that this culturally rich and dynamic country has a lot to offer to anyone who is seeking for a new and different experience.