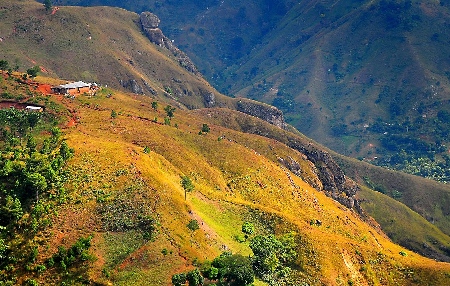 According to Oxfam, hundreds of thousands of Haitians who survived Hurricane Matthew, which ripped through their country three months ago, will go hungry if governments, donors, and aid agencies do not step up efforts to help them.

It noted that a $139m UN fund set up to respond to the most urgent post-Hurricane Matthew needs is 38 percent underfunded.

Oxfam in its report noted that people in the South and Grande Anse departments on the southern peninsula of Haiti are particularly at risk.

It stated that hurricane Matthew wiped out 80 percent of crops, drowned most livestock, destroyed critical infrastructure and decimated the country’s bread-basket.

It also underscored the point that in the most affected areas, 80 percent of the population relies on subsistence farming to feed their families and make a living. However, with a poor harvest expected for January and February, the populace will face major challenges.

According to Damien Berrendorf, country director of Oxfam in Haiti, “Hurricane Matthew swept through Haiti in a matter of hours but has created a long-term catastrophe that will take the country years to recover from. The Haitian government, donors and aid agencies need to act – jointly, coherently and urgently – to prioritize food security and nutrition in the next three to six months to stop people dying from hunger.”

The report noted that official figures from the Office for the Coordination of Humanitarian Affairs show that 806,000 people are at an extreme level of food insecurity and that an estimated 750,000 people do not have safe water for drinking, cooking, and washing.

Oxfam in its report called on donor countries to deliver on their aid promises and ensure the full funding of the UN appeal.