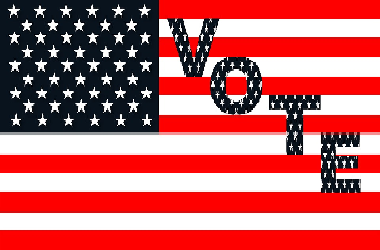 In the words of Donald J. Trump, “what the hell is going on?”

Democrats failed to get their agenda going and continue to fall over themselves as their queenmaker and kingmaker, Sens. Kyrsten Sinema (D-AZ) (R) and Joe Manchin (D-WV), respectively, play hardball.

Notwithstanding, the total dollar amount is set to spend over a decade or more and comes with “pay fors.”

Moreover, one would argue that the U.S. economy is projected to grow, given its rebound from the COVID-19 pandemic.

But, no, the two Senators think that spending $4.7 trillion on the American people is not worth it as it amounts to some socialists’ nirvana.

Undoubtedly, everyone would agree that elections have consequences, but these senators apparently have not received the memo.

But ask Minority leader Sen. Mitch McConnell who got all his party members to fall in line and pass former President Donald Trump’s signature bill — the tax reform.

Additionally, the Republicans were able to get their Supreme Court judges on the bench on the mantra of “elections have consequences.”

Now, with Democrats in power, they’re scrambling with the notion that half of a loaf is better than none.

The irony of this whole negotiation process among Democrats is that they may settle for half of a loaf and lose both the House and Senate in the upcoming elections.

Needless to say that the Democrats will not get any support from the Republicans, and why should they when they can’t even agree among themselves.

During the election campaign, President Joe Biden boasts about his forty-year experience in Congress and working across the aisle and getting things done, but to date, we are yet to see any of that prowess demonstrated.

The fact of the matter is both Manchin and Sinema have their own enlightened self-interest and are not prepared to make any sacrifice for the interest of their party.

And given the U.S. political setup, party members cannot be ‘whipped’ into a shared position of the leadership thus, anyone can be a maverick and, more so, with a slim party majority.

The truth is, for the most part, the liberals or progressives have compromised to a large extent to ensure that the President’s agenda gets off the ground, but there must be a point where enough is enough, and perhaps blowing up both bills may not be a bad idea.

Ultimately, it may lead to a reset, perhaps not under Joe Biden’s watch but some future Democratic leader.

At least, the record will show that Biden tried, but two members of his party balked.

Until then, the Republicans will continue to have the last laugh — ha, ha.