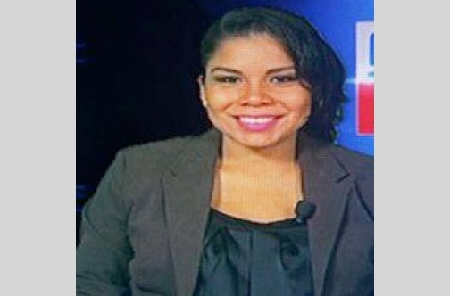 The Chief Executive Officer (CEO) of the state-owned National Communications Network (NCN) Lennox Cornette has come under a lot of fire after the removal of TV news anchor Natasha Smith from her regular news schedule on air because of her pregnancy. Earlier last month Smith said in a press report, “I was called to the office of the Editor-in-Chief (EIC), Sharda Lall. She explained to me that I would be relieved of reading the news because quite frankly the Chief Executive Officer (CEO) did not like what he sees when he looks at the news.”

The news prompted a loud outcry from civil society as well as protest by Media workers outside the main facilities of the state-owned station.

Guyana’s Prime Minister Moses Nagamootoo was also forced to act by calling a meeting with Cornette and the company’s Human Resources Manager Tishika DaCosta, as well as officials from the Ministry of Labor.

Following the meeting, the Prime Minister reportedly said, “It agonizes me to get involved in what is an NCN management matter but, as a journalist and as a parent, I refuse to be silent on this occasion.”

The Prime Minister subsequently ordered Chief Executive Officer Cornette to apologize to Smith as he viewed the decision to have her removed from her anchoring duties inappropriate and anachronistic.

Da Costa had earlier apologized to Smith after a protest by executive members of the Guyana Press Association.