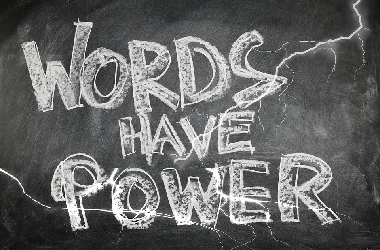 Now, contrary to the old adage, “sticks and stones may break my bones, but words will never harm me” ⎯ words hurt, and their usage can also have harmful and devastating effects not only on an individual but also on the psyche of an entire nation ⎯ tantamount to any weapon of mass destruction, though not in the same physical sense.

Words can also come back to haunt you. Can these?

“Whatever he does, he accuses everyone else of doing it. The man cannot tell the truth, but he combines it with being a narcissist, a narcissist at the level I don’t think this country has ever seen.”

“And my concern is that he would grab up that power and really treat the country as sort of his little bully fiefdom.”

“Donald Trump is everything I taught my children not to do in kindergarten.”

“He has been exploiting working Americans for 40 years.”

“Donald Trump, the other day, said that quote if he tells a soldier to commit a war crime, the soldier will just go do it.”

“A toxic mix of demagoguery, and meanspiritedness, and nonsense.”

“He doesn’t know the difference between truth and lies. He lies practically every word that comes out of his mouth.”

“Donald Trump is a delusional narcissist and an orange-faced windbag.”

“Donald Trump is a con artist.”