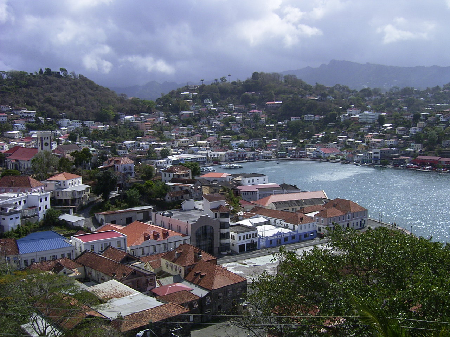 The Caribbean island, Grenada, known as the “Spice Isle” received commendation from the International Monetary Fund (IMF) for its strong economic performance during the period under review recently.

The announcement came amidst a delegation visit and the sixth review of Grenada’s IMF-supported ECF program of US$19.4 million that was approved in 2014.

The IMF delegation was led by Nicole Laframboise who said that Grenada’s overall performance during the last phase of the ECF-supported homegrown program has been strong, and the government has made progress toward achieving the key program goals of restoring fiscal sustainability, strengthening the financial sector, and setting the stage for sustainable growth.

She said that the government has met all of the performance criteria and structural benchmarks due at the end of December 2016.

“All the indicative targets were met, except for a minor underspending on the World Bank-supported SEED program because of extra time needed to process candidates under the new eligibility system.”

“Nonetheless, it is worth noting that the results so far point to an improvement in the effectiveness and targeting of program to those most in need,” she said.

Additionally, she said that real gross domestic product (GDP) is estimated to have expanded by 3.9 percent in 2016, implying annual real GDP growth of 5.8 percent on average from 2014-2016.

She also said activity in 2016 was driven by tourism, construction, and some pickup in domestic demand while agriculture experienced weather-related contraction.

“Growth is expected to moderate to 2.5 percent in 2017, near its estimated potential. Average consumer price index (CPI) inflation rose to 1.7 percent in 2016 and is forecast at 2.6 percent in 2017 as oil and food prices start to rise. With steady tourism momentum, the external position remains stable.”

Moreover, she said the government achieved a primary surplus – fiscal balance excluding interest payments – in 2016 of 5.3 per cent of GDP and that expenditures were kept under firm control, and tax revenues performed well across all categories, driven by improvements in compliance and administration as well as robust activity.

“Grenada has also taken important steps towards completing the comprehensive debt restructuring started in 2014. Of the stock outstanding at program inception, over 90 per cent has been restructured.”

“Public debt is forecast to fall to 72 per cent at end 2017, a drop of 36 percentage points from its peak of 108 percent in 2013. This sizeable decline in the debt-to-GDP ratio is attributed to all three key factors: debt relief and restructuring, fiscal adjustment, and strong GDP growth.”

She stated that employment has grown on average by about four per cent annually since 2014, but unemployment in Grenada is high, particularly for the youth.

“Labor force statistics suggest an important skills mismatch in the economy. A review of education curriculums and new labor market program to improve training and job search tools, in collaboration with the private sector, would help address this mismatch,” she added.