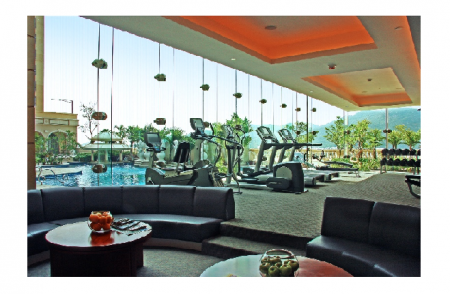 Today, the trend towards fitness and health continues to show a significant increase as more and more people seek to engage in some form of physical activities with the goal of maintaining a healthy lifestyle. It was on this basis I wandered into a gym to observe the traffic; fitness regiments practiced and also seek to get in on act by way of registration.

The first thing that struck me on my first visit was the make up of the population of the membership in the gym. There were people of all ages and sizes. The next thing I noticed was the wide range of sophisticated equipment currently used.

Now, already briefed by the receptionist and sale representative on the general protocol of the gym, I proceeded to ask a few members of the gym to give me their feedback on their experience.

First, I spotted a woman who perhaps weighed over two hundred pounds getting off the treadmill so I quickly approached her and introduced myself. She told me that her name was Beth and it was her second week at the gym. When asked what prompted her to come to the gym she declared smilingly that the pounds were steadily creeping up on her and she could no longer afford for this to continue.

Next, I saw a gentleman who from all indications must have been in his 70s or older sweating it out on one of the stationary bikes. However, not wanting to distract him from what apparently was his regular routine I awaited to see if he would pause for a break and as fate would have it I did not have to wait too long before he stopped pedaling. I seized the opportunity to exchange pleasantries and he willingly began sharing his long association with the gym and boast of his excellent shape and health.

Now, just as I was about to leave from talking to Calvin as the elderly gentleman proudly reminded me of his name, I saw a young lady who in my mind need not be in the gym given her slender physique. I rushed over to speak with her by introducing myself and naively asked why ladies as slim as her come to the gym for a workout. She quickly dispelled the notion that I like many people have that once you are slim you don’t have to go to the gym. Carla, as she later told me her name, was seeking to beat the odds by not falling into the trap of her mother who now suffers from high-blood pressure and diabetes. Consequently, she has decided to maintain a healthy lifestyle by keeping physically fit.

Finally, I decided to speak to Mike one of the trainers. He advised me that people come to the gym for different reasons. He said there were the profilers, the fitness buff, the hunters, and the jokers. Unfortunately, because of time constraint he was not able fill me in on what characterizes these characters. I then left by saying to myself, I shall return!