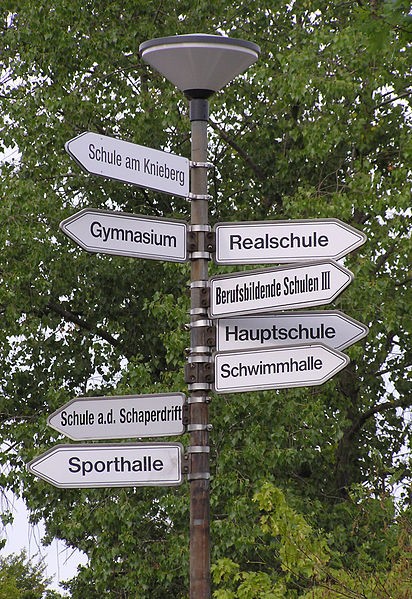 According to educationnews.org report, Germany has announced that it is returning to a tuition-free higher education system despite the fact that tuition and fees for higher education have increased over five times the rate of inflation in the past 30 years and have doubled at public schools in the last 20 years.

According to the report, Mark Huelsman of Demos says, in the US, “Eliminating tuition entirely would be a unicorn.”

However, Slate’s Jordan Weissman and others have shown that it could be done simply by rearranging what is already being spent on student financial aid.

Since tuition and fees make up less than half of what it costs to go to college, with the rest of the cost going to eating, transportation, and buying books and supplies, free higher education would not really be free, noted Weissman.

The report further said that Demos has just released The Affordable College Compact, a proposal that would explain how to provide states a federal matching program in return for a commitment to affordability, which could ultimately lead to debt-free higher education for low-income and middle-class students at public schools, and, at the same time, providing continuous incentives to re-invest to even higher levels of per-student funding.

There would then be flexibility, federalism in colleges and universities, and would provide both institutions and students with the funding that has been cut so fiercely in the last 30 years.

It also stated that the Canadian Federation of Students (CFS) applauded the Germans, since student debt in Canada has now risen above $15 billion. CFS believes that education should be free. Its national chairwoman said:

“Canada’s federal government should look to Germany’s system as an example of one of the best ways to ensure access to post-secondary education and ensure students are getting the training and skills they need to participate in the labour market.”

The report continued by highlight the fact that in Canada, tuition has tripled over the past 20 years, as reported by the Canadian Center for Policy Alternatives (CCPA). An average of $5,959 per school years is paid by undergraduates and is projected, by CCPA, to rise to $7,755 over the next four years, writes Sunny Freeman, reporting for The Huffington Post Canada. Those Canadians opposed to free tuition say that it would be a terrific burden to the tax system and would damage the quality of education, teaching, and resources.

Continuing the report further stated that Colin Busby, senior policy analyst at the C.D. Howe Institute, says that this idea would not necessarily work because of the lack of history of free tuition and because this expansion of the system would require a substantial tax increase.

The report also said that last week, Lower Saxony became the last of seven German states to abolish tuition fees, which, by US standards, were already exceptionally low says Joaquim Moreira Salles of ThinkProgress. The only time Germany charged tuition began in 2006, but it was so unpopular that one by one states began dropping it.

“We got rid of tuition fees because we do not want higher education which depends on the wealth of the parents,” Gabrielle Heinen-Kjajic, the minister for science and culture in Lower Saxony, said in a statement. Her words were echoed by many in the German government. “Tuition fees are unjust,” said Hamburg’s senator for science Dorothee Stapelfeldt. “They discourage young people who do not have a traditional academic family background from taking up study. It is a core task of politics to ensure that young women and men can study with a high quality standard free of charge in Germany,” it added.

Free education is the norm in most of Europe with a few exceptions like the UK. The government lifted a cap on university fees in 2010 and it reportedly cost more money than it brought in because of students’ failure to pay back loans.