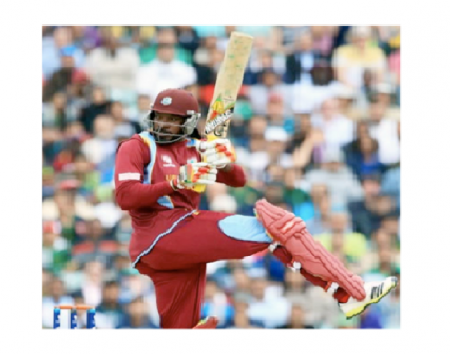 The “man of the hour,” Christopher Henry Gayle blast his way to his 21st One Day International Century to lead West Indies to a comfortable victory over Sri Lanka in the first match of the tri-nation cricket series at Sabina Park on Friday afternoon.

Captain, Angelo Mathews, was the top scorer for Sri Lanka, with 55. West Indies mystery spinner, Sunil Narine was the top bowler, claiming four wickets for 40 runs from his 10 overs.

Gayle’s 21st century makes him the leading West Indies batsman in this version of the game. His performance also gained him the Man of the Match award.

The West Indies will now take on World Champion India in the second match of the tri-nation tournament. ∅