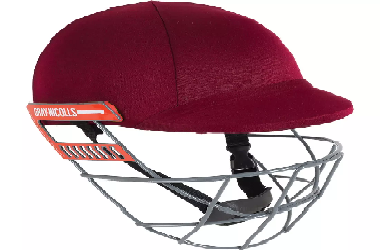 According to Matthew Hayden, “The helmet is one of the greatest assets that a cricketer can have,” albeit some would argue – the bat.

Graham Yallop of Australia was the first to wear the protective gear in a test match on 17 March 1978, when playing against the West Indies at Bridgetown.

Later, Dennis Amiss of England popularized it in Test cricket, and helmets began to be widely worn thereafter.

Former India captain Sunil Gavaskar argued in a recent report that he believes several batsmen are suffering concussion effects because of the “front press” in their trigger movement.

He noted that this could be avoided if batsmen play more on the backfoot, which affords them more options to respond to bouncers.

He stated that he had never worn a helmet throughout his career and was only hit once by the late West Indies legend Malcolm Marshall – during a Test match.

He blamed the increase in batsmen getting hit because of the ‘front press.’

“It’s more to do today with the fact that everybody has got this front press, where they are technically moving forward, which is a little bit difficult, which is the reason why on bouncy pitches you have [batsmen struggling],” Gavaskar said in the report.

He cited the technically correct Virat Kohli, who bats more in the “back-and-across” position to counter bouncers on fast wickets such as those in Australia.

“See, Virat Kohli plays [the] bouncer so well. Why does he play the bouncer so well? Because he has got that back-and-across movement, so he is sort of waiting on the back foot for that short ball.”

He also said, “Rahul Dravid, wait on the back foot [to play] back-and-across,” and noted that “Sachin Tendulkar had a minimal front press, not a big front press. Therefore, he was still balanced when he played the short ball.”

Australia batsman Phillip Hughes died after being struck by a bouncer a week before his 26th birthday in 2014.

And more recently, several batsmen have been sidelined because of concussions from being hit on the head.

These include, among others, the following: Indian allrounder Ravindra Jadeja who was ruled out of the final two matches of the T20I series, having top-edged onto his helmet in the series opener; Victoria batsman 22-year-old Will Pucovski, who missed out on a potential Test debut against India in Adelaide, after suffering a concussion during a multi-day warm-up game, the ninth one in his career; wicket-keeper batsman Rishabh Pant suffered a concussion, during the first ODI against Australia; and Windies rising star batsman Shimron Hetmyer, who after a blow to his head in the second T20I in New Zealand did not participate in the 2-match Test series.