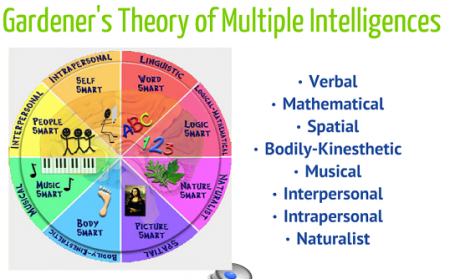 Every teacher knows that different students excel in different areas. However, traditionally, definitions of success in school have often been limited to academic success (although it has obviously been acknowledged that students’ strengths vary from subject to subject). “Intelligence” has often been considered to be synonymous with doing well in traditional school subjects or performing well academically.

Gardner’s theory has been subject to much criticism, primarily because there is no empirical evidence to support it. This is ironic, considering that the need for empirical evidence is characteristic of logical/mathematical ways of knowing. Despite the criticism, however, many educators use Gardner’s ideas in designing their instruction, whether or not they are consciously following his theory.

The emphasis we see currently on standardized testing seems to indicate a shift away from a holistic view of intelligence since these tests generally measure only linguistic, logical/mathematical, and spatial intelligence.

However, teachers can still use a differentiated approach to instruction, and hopefully they will continue to do so, and to develop their own approaches despite the emphasis on standardized tests. There is hope in the fact that most teachers would acknowledge the sense of Gardner’s theory despite the fact that policy makers may not.