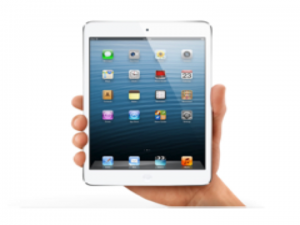 Innovation and creativity are the hallmarks of any company that wish to remain at the top of their game in a competitive and changing marketing environment.

Therefore, consumers have much to look forward to this year as companies seek to make the following gadgets part of their consumer product offering:

This is an in-your-face information device that appears to be taken from a sci-fi playbook and made into reality by Google. The wearable device allows for close interactivity with ones environment by having a small computer display in one’s field of vision.

This product has been predicted by Apple watchers to be on the market soon after the launch of the first-generation of the iPad mini. With the introduction of this new product, observers believe that consumers will see a new resolution upgrade as well as an uptick in price.

It has been hinted that Sony’s next-generation PlayStation 4 console will hit the market soon and this has had gamers talking. Some bloggers speculate that with the unveiling of the product one is likely to see specifications that will include a customized chip based on AMD’s A8-3850 with a quad-core 2.9GHz processor and a 1 GHz graphics card with a 1 GB memory.

This 85” 4K television is jaw-dropping, not only because of its unprecedented sleek easel-like design but also its whopping price of over US$37,000. This ultra high-definition and thin screen set marks a new era in TV style and design.

Market observers anticipate that Samsung will launch its Galaxy S IV during the year and predict that like the Galaxy S 3 it will also be a big hit with consumers. Already, it is rumored that the product will boast features such as a full-HD display with resolution of 1920 x 1080 – pixels, a 1.9GHz quad-core processor and Android Jelly Bean.