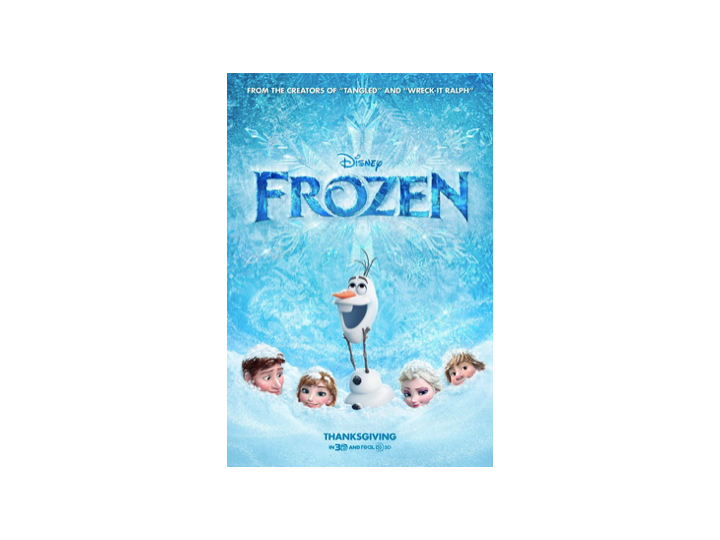 The Associated Press (AP) has named Frozen as the top entertainer of the year.

According to an AP report, voters were asked to consider who had the most influence on entertainment and culture in 2014 and of the 47 ballots submitted by members and subscribers, Frozen won 12 votes. Taylor Swift had 8. Matthew McConaughey and Jimmy Fallon were tied for third with 7 votes each.

Frozen, the report continued, has earned Disney more than $1.27 billion at the box office worldwide, becoming the most successful animated movie of all time.

Its signature song, “Let It Go,” won an Oscar, and a national touring live version on ice has been a huge draw. The lines of girls wearing sparkly dresses waiting for a chance to see Elsa and Anna at Disneyland are staggering. Frozen was the most searched movie in 2014, according to Google.

“It’s amazing,” said Chris Buck, who co-directed and co-wrote the film with Jennifer Lee. “A year later, it’s still crazy.” Asked if they had managed to get their heads around the film’s popularity, Lee replied: “I don’t know if it’s possible. I kind of hope it’s not possible because this is a really great feeling.”