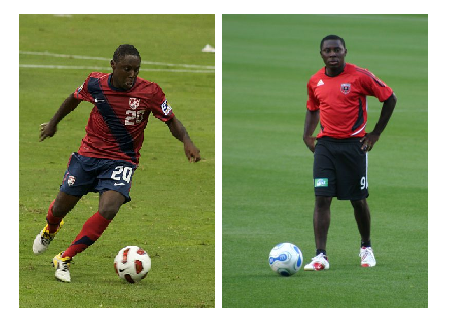 Today, sports is increasingly organized, regulated and governed to ensure a fair competition and a just outcome. Moreover, it has become an arena where not only heroes are made but also money and lots of it, one may add.

It is therefore not surprising to see children demonstrating interest in and practicing sports at an early age under the enlightened guidance of parents, guardians, and coaches.

At the same time, one will also find in that environment, children who exhibit or show excellent skills, far beyond their years for a particular type of sports. And then, there is that special child that stands out above the rest, thus leaving one with no choice but to shout − a talent from God!

One such child that immediately comes to mind is Fredua Koranteng “Freddy” Adu, born June 2, 1989, in Ghana, a country in West Africa. His talent could easily be identified with that of Arthur Wharton, a gifted player from the same region, now celebrated as the first black professional to play in the Football League in England in the 1880s.

Freddy is no ordinary player. He is often described as a football prodigy ala the Brazilian football genius Edison Arantes do “Pele” Nascimento. His dribbling of the ball is magical and tricks wizardly and his movement on and off the ball, deftly. This has left many players and spectators alike in awe.

At 10 years old, he dominated an under-14 competition winning the MVP as his team won the tournament. The U.S. national coach, Bruce Arena noted at the time, “Freddy’s without a doubt is the most talented kid we’ve ever seen at that age.”

Further, at the age of 13, he played his first international match with the US under 17 national team. John Ellinger, coach of the US Soccer Federation’s Under-17 team is reported to have said at the time. “I see him do things I haven’t seen the pros do”

Freddy became pro at 14 years old, thus becoming one of the youngest athletes in the United States to sign a professional contract after he was selected by D.C. United in the 2004 MLS SuperDraft.

In the ensuing years, Freddy has played below par for different clubs such as Real Salt Lake, Benefica, Philadelphia Union, among others.

He has had many hiccups along the way, taken a lot of flack from sports writers and commentators as well as being often criticized by fans of not living up to his early promise and hype.

Now, at the age of 23, he has signed on loan for Bahia of Brazil, until the end of 2013. “I’m enjoying my football again and that’s all I can ask for,” he declared in a recent BBC interview.

Notwithstanding, many skeptics have put a curtain call on his career and continue to hold the view that Freddy is all washed up and finished.

However, in reminiscing, one still remembers headlines such as “Prodigy makes pro debut,” “US prodigy Adu makes MLS switch,” and “Adu gets USA call-up”

The question is, can Freddy prove his critics wrong, bounce back, and fulfill that promise − the destiny of greatness? ∅