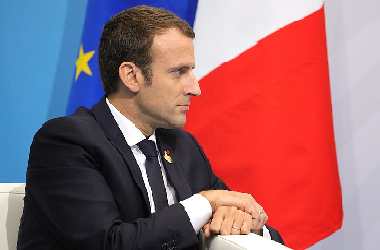 Khan’s comments come days after Macron paid tribute to a French history teacher beheaded by an Islamist radical who wanted to avenge the use of cartoons depicting the Prophet Muhammad in a class on freedom of expression.

“Sadly, President Macron has chosen to deliberately provoke Muslims, incl his own citizens, through encouraging the display of blasphemous cartoons targeting Islam & our Prophet PBUH,” Khan said on Twitter.

Macron said the teacher was a hero and that Islamists were a threat to the country.

Meanwhile, Turkish President Tayyip Erdogan mocked the French President saying he needed treatment and “mental checks” over his attitude towards Muslims and Islam, leading Paris to recall its ambassador in Ankara.

“What is the problem of this person called Macron with Muslims and Islam? Macron needs treatment on a mental level,” Erdogan said in a speech.

“What else can be said to a head of state who does not understand freedom of belief and who behaves in this way to millions of people living in his country who are members of a different faith? First of all, have mental checks.”

Additionally, there are numerous calls in Middle East countries to boycott French products and demonstrations against France.