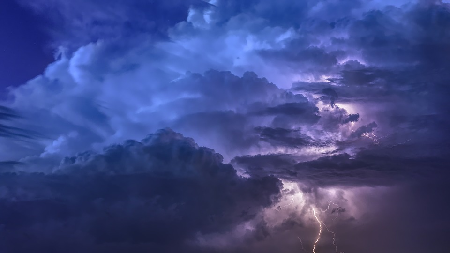 President Trump’s weather forecast on the path of hurricane Dorian on what appeared to be a doctored map has created a storm in the media.

The President warned that “in addition to Florida – South Carolina, North Carolina, Georgia, and Alabama, will most likely be hit (much) harder than anticipated. Looking like one of the largest hurricanes ever. Already category 5. BE CAREFUL! GOD BLESS EVERYONE!”

However, what got weather forecasters and media pundits rolling their eyes was the inclusion of Alabama on Trump’s system tracking.

The Birmingham National Weather Service quickly corrected the President by pointing out that:

“Alabama will NOT see any impacts from #Dorian. We repeat, no impacts from Hurricane #Dorian will be felt across Alabama. The system will remain too far east.”

However, that did not stop Sean Hannity from coming to the defense of  President Donald Trump.

He claimed that weather maps proved Trump was correct that Hurricane Dorian could have hit Alabama.

“Pretty much every newsroom in America screwed this up and lied to you by accusing the president of lying. Now the president issued this Tweet – oh look at that, that’s from, I think, August 29th and 30th, proving the president, what he said about the earlier models about Hurricane Dorian, that it might hit Alabama is true. But if you watch the media mob, you would think the president was lying, as they always do. Just another absurd example of Trump derangement syndrome. Take a look.”

Hannity added, “A lot of psychotic jackasses in the media mob. I’m sure we’ll get their apology, that will be forthcoming. Wish I had time to name every name.”