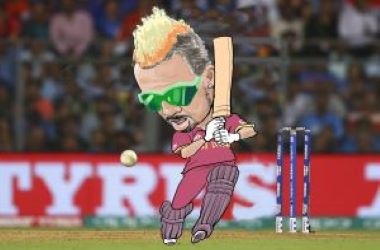 Russell choosing to play for Colombo Kings in the Sri Lankan Premier League over Windies does not sit well with the Windies legend, Ambrose.

Before the current New Zealand tour by the Windies, Russell told CWI lead selector Roger Harper that he would take a pass on selection for the tour because he wanted “to clear his head” and he was “going from one lockdown (tournament) to another.”

However, soon after, Russell backed off from his original position to play for the Colombo Kings in Sri Lanka’s T20 Cricket League.

In one of his recent outings for his club, Russell blasted 65 off just 19 balls, showing a clear head and no sign of fatigue to give his team a first win in the competition.

Over the years, the flamboyant Jamaican and Windies allrounder has gained the reputation of being a top-notch player, one of the best in the T20 format of the game.

However, Russell has taken a lot of flak from local and Caribbean pundits and fans for what they deemed a betrayal of Windies cricket.

One of his critics is former West Indies fast bowler Sir Curtly Ambrose, who has argued for a change in Windies management’s decision to allow players the like of Russell to walk in and out of the Windies team when they feel like doing so.

“The guys who are in control, in authority, have to decide to make some serious decisions and stick with it for the cricket to move forward. I think that we are going about this thing too casual. Guys can do what they feel, come into the team when they feel like, go to ply their trade to the different franchises, leave West Indies cricket for dead and then come back into the team,” Ambrose said, according to press reports.

Ambrose stated that there should be a commitment to the Windies cricket setup from players.

“To me, that is a no-no. We have to show some form of commitment to West Indies cricket. We have to make some drastic and hard decisions and stick with it, and the cricket can get better.”

In a recent interview on the SportsMax Zone Windies, President Ricky Skerritt posited that he would prefer if players took a broader outlook rather than focus on self.

“We would like to believe that it is country above self, West Indies above leagues and so on, but our policy is very straightforward since I have come to the fore bearing in mind the legal situation,” he said.

He also noted that his administration is different from the previous one and would not seek to penalize players for plying their trade with other teams overseas in lieu of playing for the West Indies.

“That is where we differ from the previous administration. Players will not be punished. Selectors will not become disciplinarians. Selectors will pick the best available players who want to play at that time or who are obligated as in the case of contracted (players).”

Ambrose said while he is not opposed to the player taking a break, but once he returned to cricket, his priority should have been the West Indies.

“Because he wants to clear his head for a while to get his mind together, I have no problem with that because cricket is a high-pressure game. So if you want to clear your head for a while, take your mind off cricket. I have no issues with that, but if you are going to reject playing for your nation, your country, and then two weeks later, you’re playing for somebody else, that to me is a no-no,” Ambrose said.

“Where is the commitment? That tells me that you don’t want to play for the West Indies. If that is the case, just say so.”