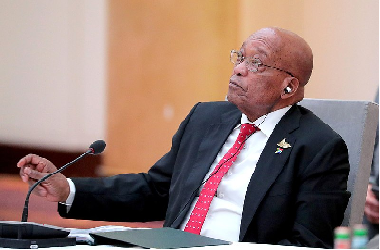 South Africa’s former President Jacob Zuma has been sentenced to 15 months by the highest court in the country.

Mr. Zuma has been given five days to turn himself in to the police, if not, then he is set to be arrested by the police.

His presidency which lasted between 2009 to 2018 was dogged by alleged corruption, conspiracy, and bribery.

The former President’s jail sentence comes after the Constitutional Court found him guilty of contempt for defying its order to appear at an inquiry into corruption while he was president.