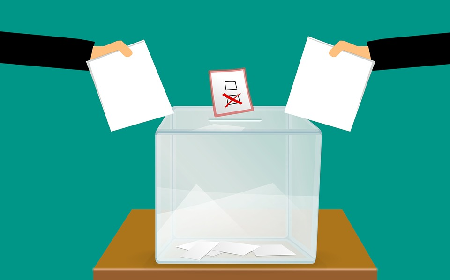 Former Rep. Joe Walsh (R-Ill.) has announced that he would be mounting a primary challenge to President Trump.

The conservative radio host unveiled his campaign on ABC’s “This Week.”

Walsh was elected to the House in 2010 as part of the Tea Party wave and served one term. He began as a strong supporter of President Trump but over the past year has emerged as a fierce critic of the president.

On Sunday, he apologized for tweets Stephanopoulos described as racist and sexist as well as his “personal” criticism of former President Obama, acknowledging the role it played in creating today’s politics.

“I helped create Trump. There’s not doubt about that. The personal, ugly politics,” he said. “I regret that. And I’m sorry for that. And now we’ve got a guy in the White House, that’s all he does.”

When asked about Trump’s high approval rating among Republicans, Walsh said GOP voters had no alternative, adding that many of his former colleagues in the House feel the same way.

“I’m running because he’s unfit. Somebody needs to step up, and there needs to be an alternative,” Walsh said. “The country is sick of this guy’s tantrum. He’s a child. Again, the litany. He lies every time he opens his mouth. Look at what’s happened this week. The president of the United States is tweeting us into a recession.”

After being asked about invoking the 25th Amendment to remove Trump from office, he added, “We’ve never had a situation like this. … You can’t believe a word he says. He’s nuts. He’s erratic. He’s cruel. He stokes bigotry. He’s incompetent. He doesn’t know what he’s doing. George, he’s a narcissist. The only thing he cares about is Trump.”

“It won’t be easy, but bravery is never easy,” he added.