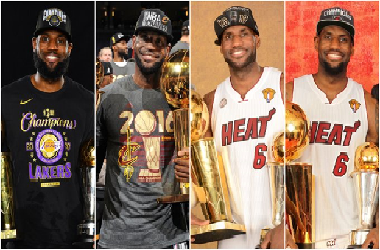 The Los Angeles Lakers won their 17th NBA championship, led by the legend James, who was also named the series MVP for the fourth time. For those counting, this represents James’ fourth ring, with three different teams — a first in NBA history.

James’ fourth championship now places him in the pantheon of the sport alongside the likes of Michael Jordan, considered by many to be the greatest basketball player of all time.

James has not only excelled on the courts but also his civil action for justice and freedom has gained him superstar status both locally and internationally.

“Proud of my friend @KingJames for his fourth title, fourth Finals MVP, and for not only living up to the hype after seventeen seasons, but surpassing it as an extraordinary leader both on the court and in the public arena fighting for education, social justice, and our democracy.”

Pundits have argued that LeBron James’ latest triumph is a victory not only for athletes but also for freedom-loving people everywhere.