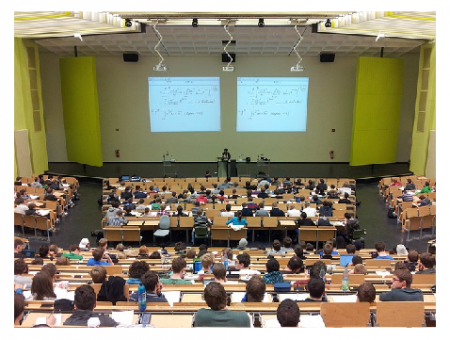 The government through its Department of Education is now making a concerted attempt to rein in for-profit colleges by holding them apparently to standards which seems to have been non-existent or ridiculously low in the past.

Over the years, many for-profit colleges have been able to build empires by wallowing in funds paid to them on students’ behalf by the government.

However, today, because of greater scrutiny and probe many of these colleges are found wanting and moreover are being forced to close down through teach out or sell their campuses.

A case in point is Corinthian Colleges, one of the largest for–profit colleges in the United States. It is accused of inflated job placement rates, abysmally low graduation rates, deceptive recruitment practices, among other malfeasance.

The college has been viewed by federal investigators as one of the players in the non-profit college industry with a soiled record. According to press reports, student loan which served as a money machine pushed the college’s enrollment growth to catastrophic levels, peaking at 110,000 students in 2010. The college also expanded business rapidly through acquisitions and through organic growth, including opening new branch campuses, remodeling, expanding or relocating existing campuses, and adopting curricula into existing colleges.

CNN.com reporter, Whitney Barkley posits, “On average, tuition at for-profit colleges is four to six times higher than at a comparable public school. A two-year Senate investigation found a medical assistant diploma costs $22,275 at Corinthian’s Heald College in Fresno, California, while the same program at Fresno City College costs $1,650. An undergraduate certificate in paralegal studies at the Anaheim campus of Everest Colleges costs more than $43,000. At the Anaheim area community college, an associate’s degree in paralegal studies costs less than $3,000.”

The fact is right across the landscape many non-profit schools have made a mockery of what constitute good education and the training of young minds. For the most part, many of them see the operation of a school as access to a money trough funded by the government.

Some of the vagaries that obtain at some of these schools include the inability of students to transfer credits to accredited and recognized colleges, snub appeal from businesses when students graduate and are seeking jobs, underpaid workers, loaded student loan debt by both graduates and dropouts, in fact for-profit college students represent just 11% of federal loan borrowers, yet account for nearly 50% of loan defaulters, deception by recruiters, classroom instructions that left much to be desired, among others.

Today, many stakeholders are happy to see that the government have finally woken up and are now putting stringent measures in place to arrest the malpractices and misdeeds of some of these schools.