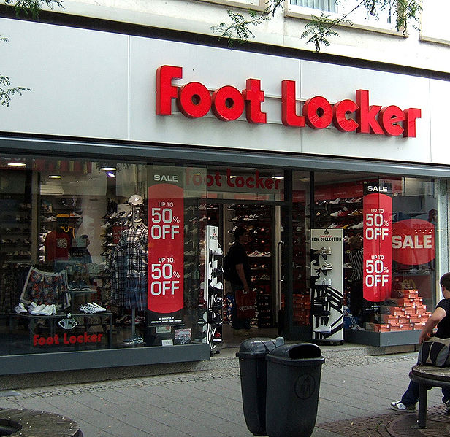 There is no pep in Foot Locker’s step as the Sporting goods company shows a significant loss on its balance sheet for the past quarter and a predicted negative outlook for the rest of the year.

Moreover, the company warned of a further drop in those sales by up to 4 percent for the rest of the year.

Some analysts speculated that this might be a sign that athleisure clothing may be on the way out.

Foot Locker has attributed the dismal failure in sales to the lack of new and innovative products.

On a broader scale, many sports retailers have reported weak earnings in the past quarter as evidenced by stores such as Hibbett Sports which reported a drop in sales of nearly 12 percent, while Dick’s Sporting Goods posted comparable flat sales and warned that a decline in the third quarter is imminent.

In an interview with reteurs.com, Ken Kamen of Mercadien Asset Management noted that the lack of celebrity touch could be impacting the retail store negatively.

“It used to be that a couple of big endorsements and brands around them did a lot. Now, as I said before, someone’s more likely to buy if they see five of their friends buying it and now they can see that through Facebook or some obscure celebrity bought it somewhere and it’s now on Facebook,” said Kamen.
Foot Locker has seen its shares taken a beaten throughout the year – dropping to a four-year low.