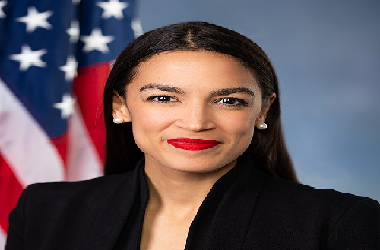 Rep. Alexandria Ocasio-Cortez (D-N.Y.) in a recent news report said Senate Democrats are “blocking crucial items in a Democratic agenda” as the clock ticks for both parties to come to an agreement on a bipartisan infrastructure package.

Ocasio-Cortez’s remarks come after a bipartisan group of 10 senators announced an agreement on a “compromise framework” last week to invest $1.2 trillion in infrastructure over the next eight years.

When asked by host Dana Bash on CNN’s “State of the Union” if she would vote for the measure if the White House said this is the best option on the table right now, the progressive said, “this isn’t the best that we can get.”

“I do think that we need to talk about the elephant in the room, which is Senate Democrats, which are blocking crucial items in a Democratic agenda … I think, for reasons that I don’t think hold a lot of water,” Ocasio-Cortez added.

On the issue of the filibuster, she opined that clearing the legislative obstacle may be the best option to move forward to pass an infrastructure package by a simple majority, with Vice President Harris casting the tie-breaking vote.

“I think we really need to start asking some of these Democratic senators where they plan on getting 60 votes. These 10 Republican senators, that there’s a theory that we’re going to get support for that out there, I think is a claim that doesn’t really hold water, particularly when we can’t even get 10 senators to support a January 6 commission,” Ocasio-Cortez said.

The fire brand politician has no faith in the political gymnastic being played out between some Democratic and Republican lawmakers and is anxious to get things going to transform the country.

“Do we settle for much less and an infrastructure package that has been largely designed by Republicans in order to get 60 votes, or can we really transform this country, create millions of union jobs, revamp our power grid, get people’s, you know, bridges fixed, and schools rebuilt with 51 or 50 Democratic votes?” Ocasio-Cortez asked.

She wondered whether “going it alone” would not be best alternative given the current circumstances.

“I think the argument that we need to make here is that it’s worth going it alone if we can do more for working people in this country,” Ocasio-Cortez said.

“With 50 votes, we have the potential to lower the age of Medicare eligibility so that more people can be covered and guaranteed to their right to health care, as opposed to, you know, 60 votes where we do very, very little and the scope of that is defined by a Republican minority that has not been elected to lead.”