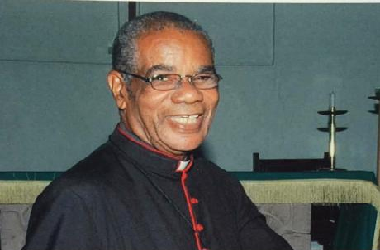 The well-known Jamaican priest made his transition earlier this week.

“Reverend Gordon was an outstanding champion of the cause of the people,” said the People’s National Party (PNP) in reaction to the announcement of Gordon’s death.

The Opposition party described Gordon as a well-known Anglican priest who exposed the liberation theology during his lifetime.

Gordon was Rector of the Church of St Mary the Virgin, a post he held for 41 years. He led an active church outreach program in West Central St Andrew, which included a basic school. He was instrumental in acquiring lands adjacent to the church that was made available for community use.

Gordon’s work as a priest saw him leading active missions at St. Paul’s Church in Tower Hill, St Andrew, and the Church of the Resurrection in Duhaney Park, also in St Andrew.

He was a widely published author and hosted several Christian radio programs, including the St. Mary’s Hour on TBC Radio.

“We salute the late Reverend Ernle Gordon and extend our condolences to his family, friends, and colleagues,” said the PNP.

Gordon touted Liberation Theology — a synthesis of Christian theology and socio-economic analyses that emphasizes “social concern for the poor and political liberation for oppressed peoples.”

He invoked some members of the Christian community’s wrath when he proposed that Bob Marley’s ‘One Love’ song and Peter Tosh’s take on ‘Psalm 27’ be included as part of the Anglican liturgy.

“They may have been anti-church, but they were not anti-God nor anti-religion,” Gordon reportedly said at the time.