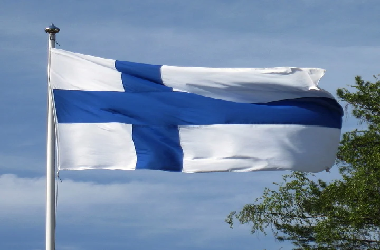 Finland’s Prime Minister Sanna Marin said her country will debate whether to apply to join NATO with the view of making a decision in short order.

Marin made the announcement during a joint press conference with her Swedish counterpart Prime Minister Magdalena Andersson in Stockholm, with both countries having debated joining NATO in the wake of Russia’s invasion of Ukraine in late February.

“Both Finland and Sweden make independent decisions regarding security policy arrangements,” Marin said. “But we do that with a clear understanding that our choices will affect not only ourselves but our neighbors as well.”

“Our aim is clear. We want to guarantee peace in the future for us and for our region and for Europe, and to contribute towards that aim with our own choices.”

Marin noted further that a debate in parliament on whether to join NATO is important as a wide consensus on such a decision was required given Russia is their “next door neighbor” that “acts like this,” she said in reference to its military aggression against Ukraine.

“We need to have a view on the future and we are using this time to analyze and build common views on the future when it comes to security.”

“I won’t give any kind of timetable when we will make our decisions, but I think it will happen quite fast. Within weeks, not within months,” Marin said.

“All the parliamentary groups and also the president will have the opportunity to make the decision in the upcoming weeks.”